After a week apart, I’ve now been reunited with my sewing machine.  It only took a week, so that’s not too bad at all.  My Bernina 440QE is about 10 years old now, and still going well, technician Barry informed me.  He gave it a good check, adjusted this and that, removed a few threads stuck inside (oops), checked, cleaned and lightly oiled all the bits and pieces, so I’m good to go again.  Just in time for my quilt club’s sewing day organised for tomorrow.  And, Barry told me, my trusty machine has done 4,734,093 stitches! 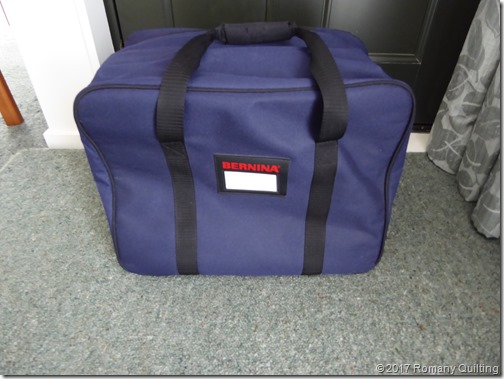 Today I’ve started tracing off pieces for an applique pattern – and wondered if I have bitten off more than I’m capable of.  The plan is to make grand-daughter number 2 a horse quilt, and I have purchased a kit from Toni Whitney Designs, to put in the centre of her new bed quilt.  It’s a beautiful picture of a horse’s head, but I didn’t realise there were so many intricate pieces involved.  After spending all afternoon, I have only traced and fused two small portions of this design, and just about torn out my hair with frustration.  Guess I’ll have to work on it “little and often” till it’s finally done.  Must admit that it’s a much bigger job than I anticipated, with lots of tiny pieces.  And with my fat fingers, I don’t really do tiny. 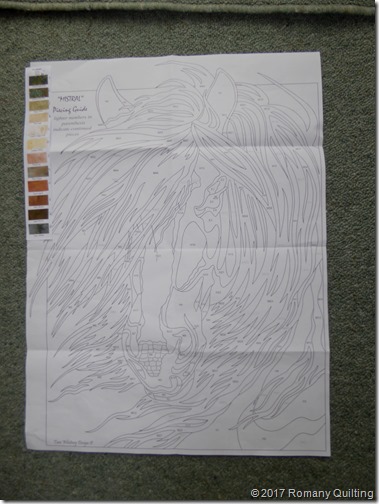 Mistral – a Toni Whitney design
Posted by Jenny at 5:00 PM

Goodness, that is a challenge!

So good to get a mileage reading!!! And those tiny applique slivers, wow, I would panic.

I've just had a chance to catch up on all your latest doings. That applique is certainly going to be a challenge. What technique are you using? How interesting to see how many stitches your trusty machine has made. I wonder what your next dice roll will reveal?

I'm curious as to how long it had been since you had your Bernina Aurora 440 serviced. That's a LOT of stitches... but did those happen during a year, or more? I have the same machine and as much as I love it, I had the chance to sew on a Bernina 770 during a workshop at QuiltCon in Savannah, Georgia. Oh my! I thought about that new machine a lot, and talked to a Bernina dealer about it. Still, I'm using my 440, and just finished trying out the new-to-me #72 ruler foot, using it to quilt a wall hanging. Loved the foot! It worked great with my rulers. Now I'm thinking that 440 isn't so bad after all. :-) As for that horse head project... gosh, I'm glad it's you doing it and not me! (giggle)