Last three A B C blocks

I’ve been working away and have finally finished the last three blocks of my Animal ABC quilt – X, Y and Z.  The letter Z was easy, as I had fabric printed with zebras. 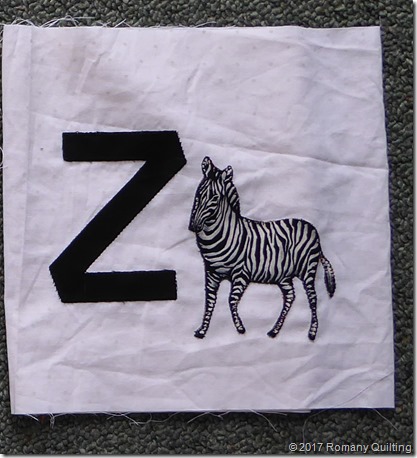 Z is for zebra

As for X and Y, I thought I would see what I could find on Google and trace a picture of something off.


X was rather tricky, but then I found images of x-ray fish.  Yes, there really is such a thing.  X-ray Tetra fish have translucent skin and their bones shine though!  Here is my version of an x-ray fish.  Then today a blog reader told me about Xenops, a South American bird.  And I believe there is also a frog starting with X.  Who would have known? 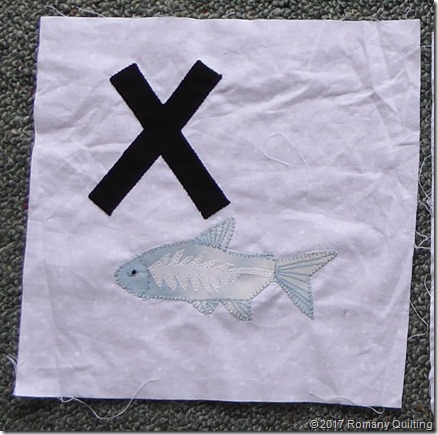 X is for X-ray Tetra fish

As for the letter Y. I decided on yak, found and printed a picture, traced it off, and appliqued it down.  So Y is for yak, a big shaggy beast with horns. 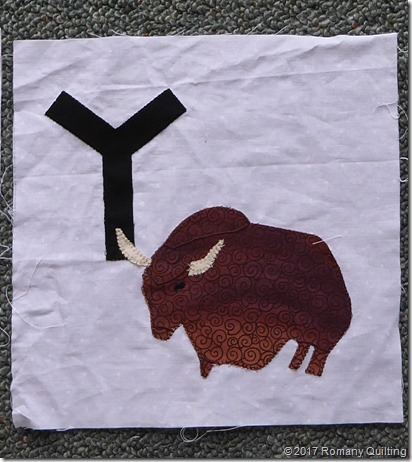 Y is for yak

I’m really pleased that I persevered this week and completed the last ten blocks.  I’m so much further along with this project than I was last week.  Now all I have to do is put it all together.  And quilt it.  I’ll get there – one step at a time!

And tomorrow, I get to roll the dice again, and see what number UFO I get to work on for the next week - that's always exciting.
Posted by Jenny at 3:18 PM

These are wonderful Jenny, I do like your fish.

That’s going to be a fabulous quilt. :-)

So pleased you sorted out your X and Y animals!!