I’ve been making the most of a lazy Sunday at home, assembling my candle-wick blocks. It’s been a matter of getting up and down and walking from the sewing machine, to the ironing board, to the cutting board, and back again.   All this exercise must count for something, I hope.  I admit that I started the blocks for this UFO way back in 1999 (gulp, I’ll just say that quickly).  But now this project has made it to number four on my List of Six UFOs, things are moving nice along.

Although the blocks had been hidden away for such a long time,  I didn’t choose the sashing fabrics till early this year.  I wanted a bit of colour between the plain cream blocks, and this is what I purchased. 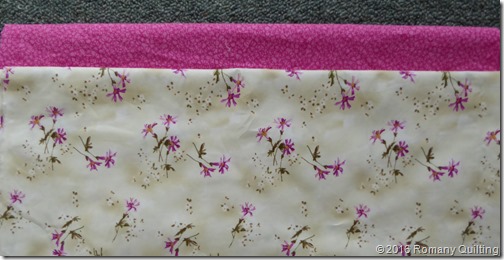 So far I’ve cut to my blocks to size, and that certainly had me busy with the tape measure and scratching my head for a wee while.  But my measurements all seemed to work out so I’ve now added two blocks to the top and bottom of the centre panel.  Next step is to assemble four blocks and attach them to each side.  If I keep at it tonight, I just might get one side on shortly. 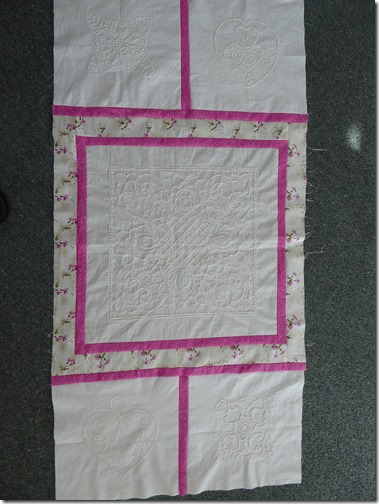 Leader and ender sewing has been taking place too, I’m pleased to say, and look at this lovely little bunch of strip pieced neutral blocks I’ve made during the week.  These are for another project waiting in the  wings, but every little bit helps, I feel. 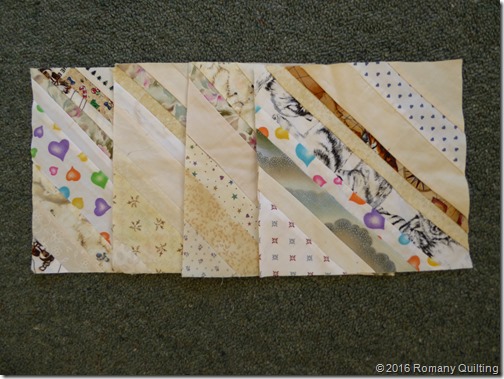 It's Monday tomorrow – so you know what that means.  I get to roll the dice again and see what the new week brings.  Hope everyone had a productive weekend too.
Posted by Jenny at 5:15 PM

You know I love those string blocks - they are a favorite of mine. I made my mom a candle wick quilt as a young girl. Boy, that was years ago! Thanks for linking up with Oh Scrap!

Lovely blocks, and the mauve flowery fabric and plain strips will suit those white blocks so well.

Your strip pieces look great - inspiring, must get on to some myself.

The fabrics you have chosen for your sashings are perfect! The candlewicking is coming along nicely :-)

I love those strip-pieced squares. I wonder what you'll do with them....
--Nancy. (ndmessier @ aol.com, joyforgrace.blogspot.com)