Government House in Wellington is the official residence of the Governor General and his family.  Twelve members of our caravan club did a tour through this wonderful old building, which was recently refurbished and earthquake strengthened at a cost of 40 million dollars.  The House is full of all sorts of treasures, lovely old furniture, paintings, silver, ceramics, and although I didn’t spot and quilts, there were many beautiful textiles on display.  Such as this beautiful silk screen in the State Dining Room which dates from the 1860s. 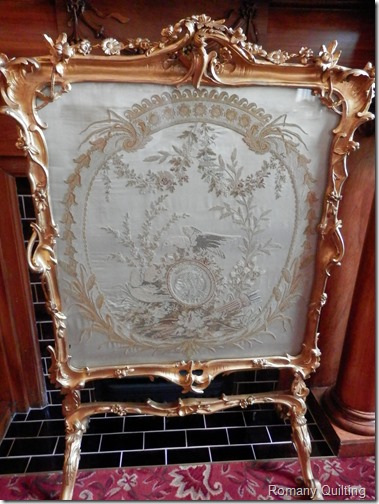 The Norrie State Dining Room in Government House features a long, extending table from about 1880 and can seat up to 26 guests, and is where State Dinners for visiting Heads of State are often held.  I was particularly interested in the 38 tapestry chairs which were created by branches of the Country Women’s Institute in the 1950s, for the cancelled visit of King George VI.   The design on the back of each chair is the coat of arms of a New Zealand city or borough.  The carver chairs (with arms) are from  the four major cities: Auckland, Wellington, Christchurch and Dunedin.  Our guide kindly found me the chair stitched in Levin, our new home town, so I could get a photo taken. 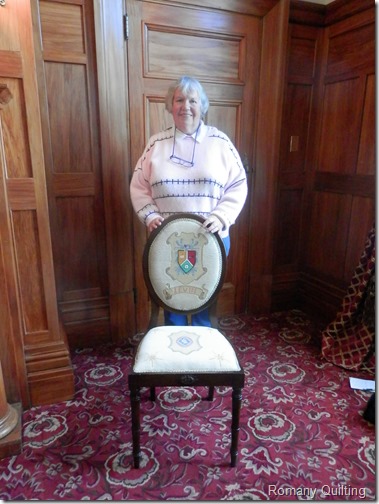 Chair with  the coat of arms from Levin

The Blundell Room is characterised by New Zealand’s native Tui, known for its social, chatty nature. The dark oily blue of the Tui’s plumage and the bright yellow Kowhai flower whose nectar the Tui feasts upon, have guided the selection of drapery and upholstery fabrics.  Plump embroidered cushions are arranged on the settees in this room. 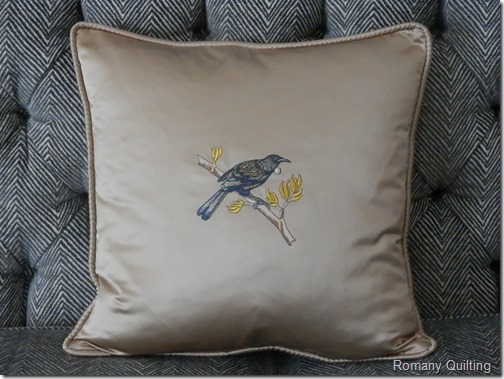 The woven kowhai screen had quite a story.  It was being made at the Arts Centre in Christchurch when the massive earthquake struck, and laid buried in the rubble for some time.  It was finally dug out, and was finished in time for when the refurbishments were complete and Government House finally reopened
. 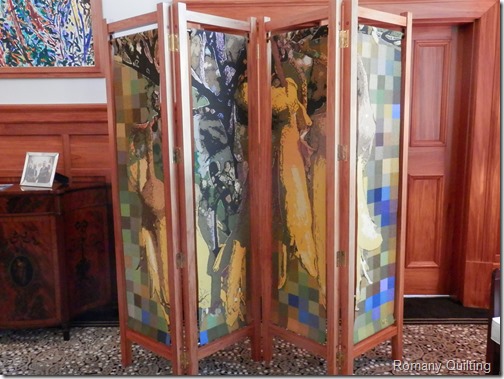 Government House has an unique tapa cloth dress in the foyer.  The World of Wearable Art collection loans a rotating range of items with a Pacifica theme, we were told. 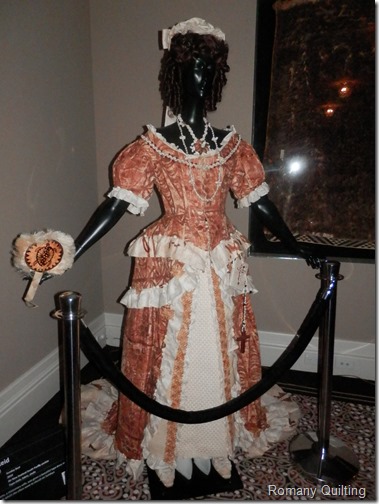 Owen took us through the house starting at the Ballroom,  which is used for receptions, concerts, balls, investitures and other award ceremonies.  Most significantly, it is the room where the Prime Minister and his or her Ministers as sworn in as members of the Executive Council by the Governor-General after a General Election.  At one end is the dais on which stand the two thrones. Above these hangs a portrait of Queen Elizabeth II, painted by Denis Fildes in 1960.   The two beautiful  Czech crystal chandeliers hanging from the ceiling were completely disassembled and rewired with energy-efficient bulbs as part of the Conservation Project during the refurbishment. 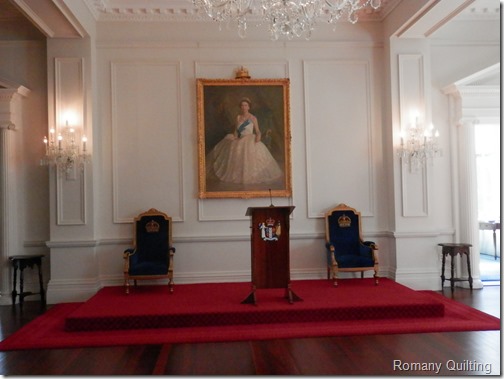 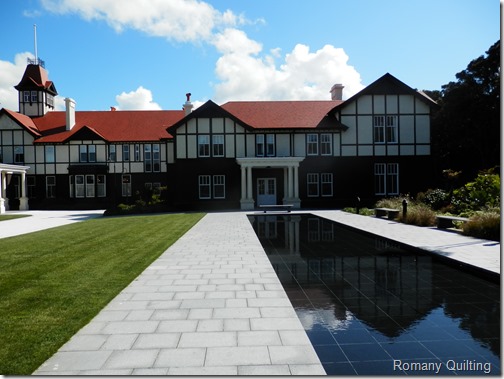 Government House and the Reflecting Pool

We had a great tour, and as we walked through this room and that, our guide Owen told us the function of each room.  He pointed out various interesting objects and was a font of knowledge.   Such as the fact that Government House was built on the site of the Mt View Lunatic Asylum, which was dismantled and the patients moved to Porirua Hospital – we didn’t know that before!
Posted by Jenny at 8:58 AM

Oooh, I've only been through it once, and it as so fast I never saw much! Thank you for these little close up images of the textiles in there. And do come by and say hi when you are in ton some time :)

What a beautiful building with the most interesting items. I love guided tours; you learn so much that way. I've been through our Parliament Buildings about four times and each time I still learn something new.