My Animal ABC quilt is finally finished, and it has been in hibernation for ages.  I’ve always said I had very old UFOs and this certainly proves the point.  Started way back in 2012 (read my first post about it here) the project started off reasonably well with my plans to stitch one alphabet block each month.  That plan fell by the wayside, and I eventually added this project to my List of Six where I  “roll the dice” each week to choose which UFO I will be working on.  But…….. the quilt was still uncompleted at the end of last year, so I decided to finish it,  before starting a new list for 2019.  So here is the last little bit  - machine stitching the previously prepared binding on. 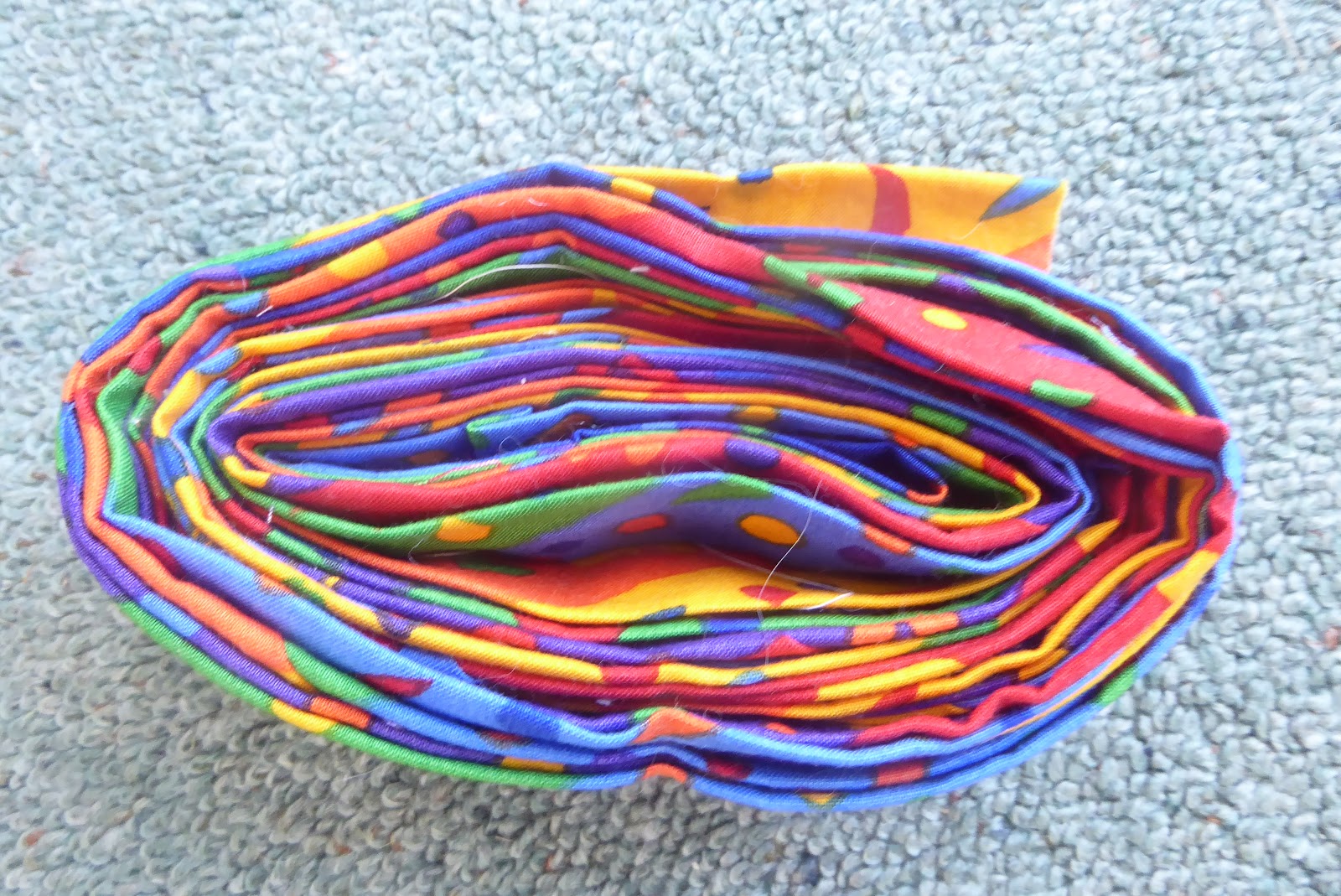 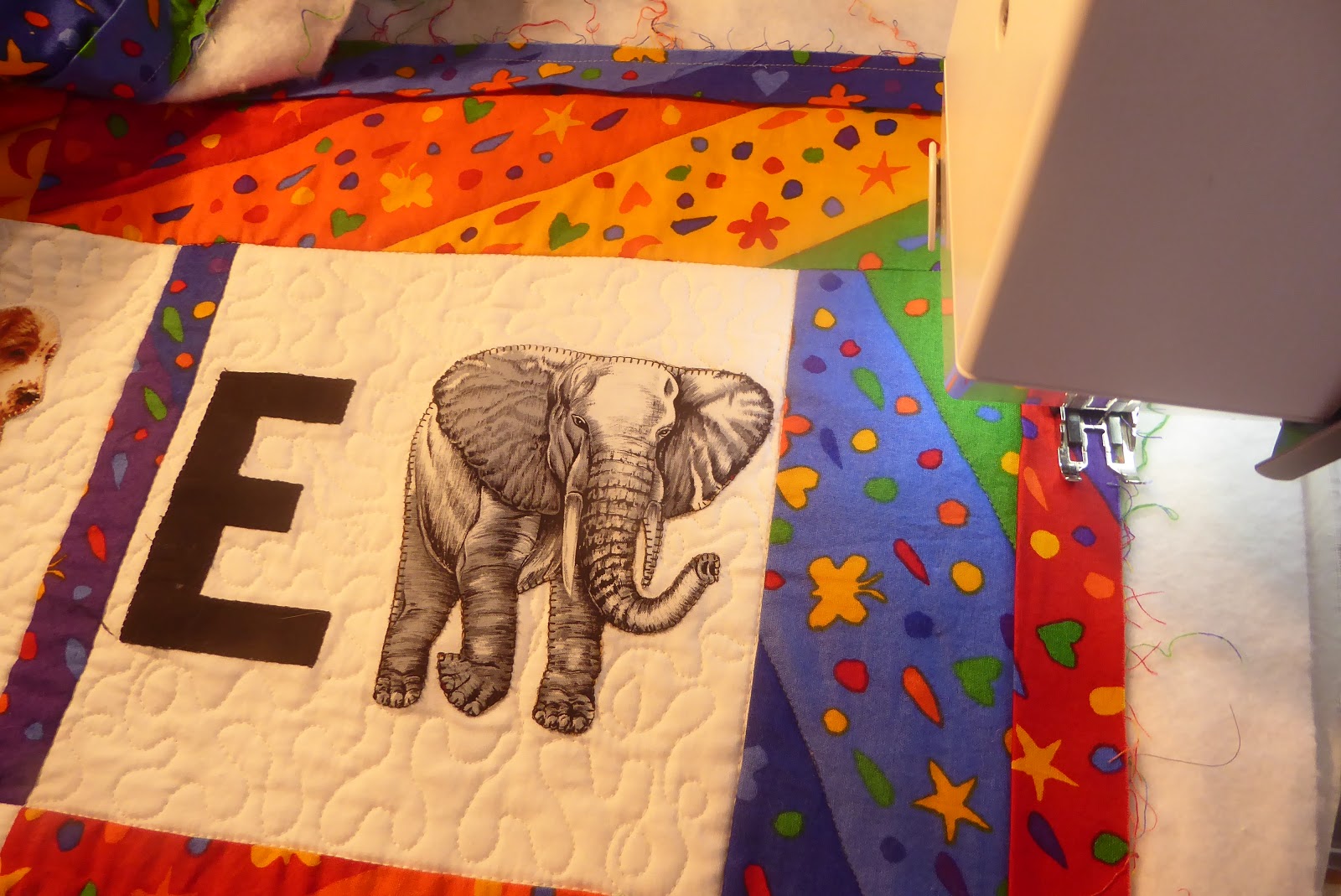 After a couple of afternoons hand stitching, the binding was done.  Finally-  photo time.  The extra animal fabric was used to make a pieced backing. 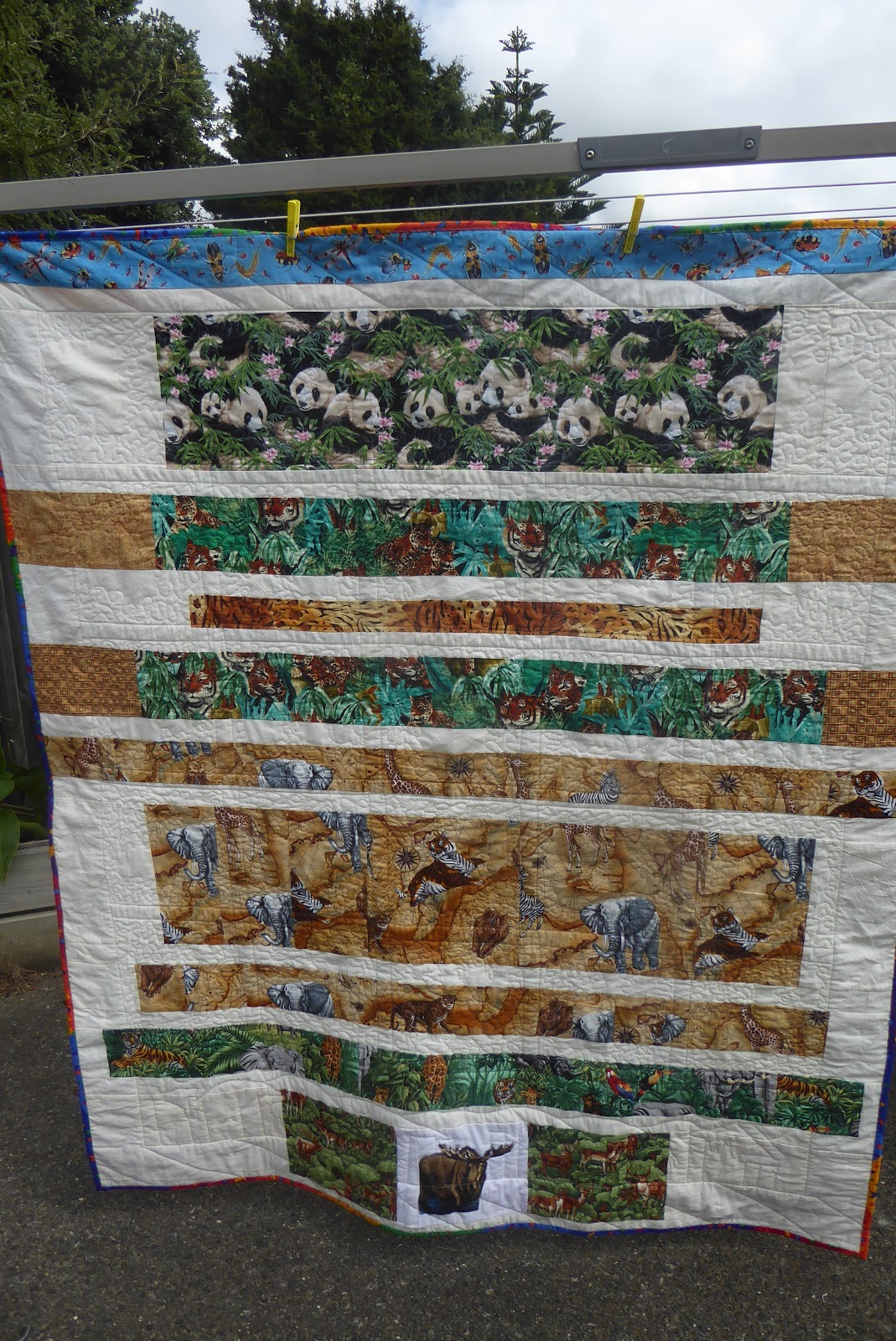 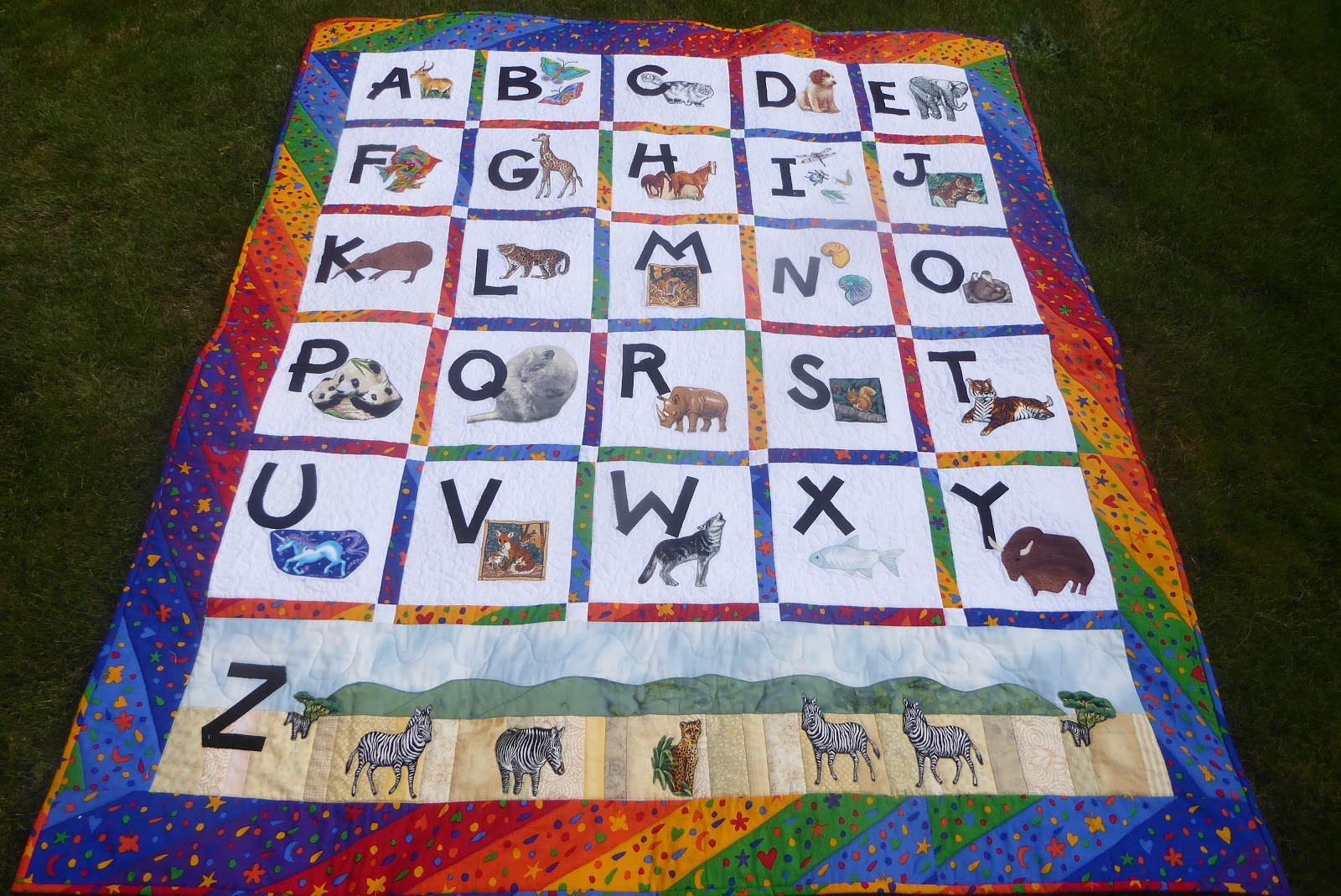 Most of the animals were cut and applied from printed fabric but I had to get creative and trace out several shapes which I found in the Internet.  I couldn’t have a New Zealand made quilt without featuring a Kiwi, could I? 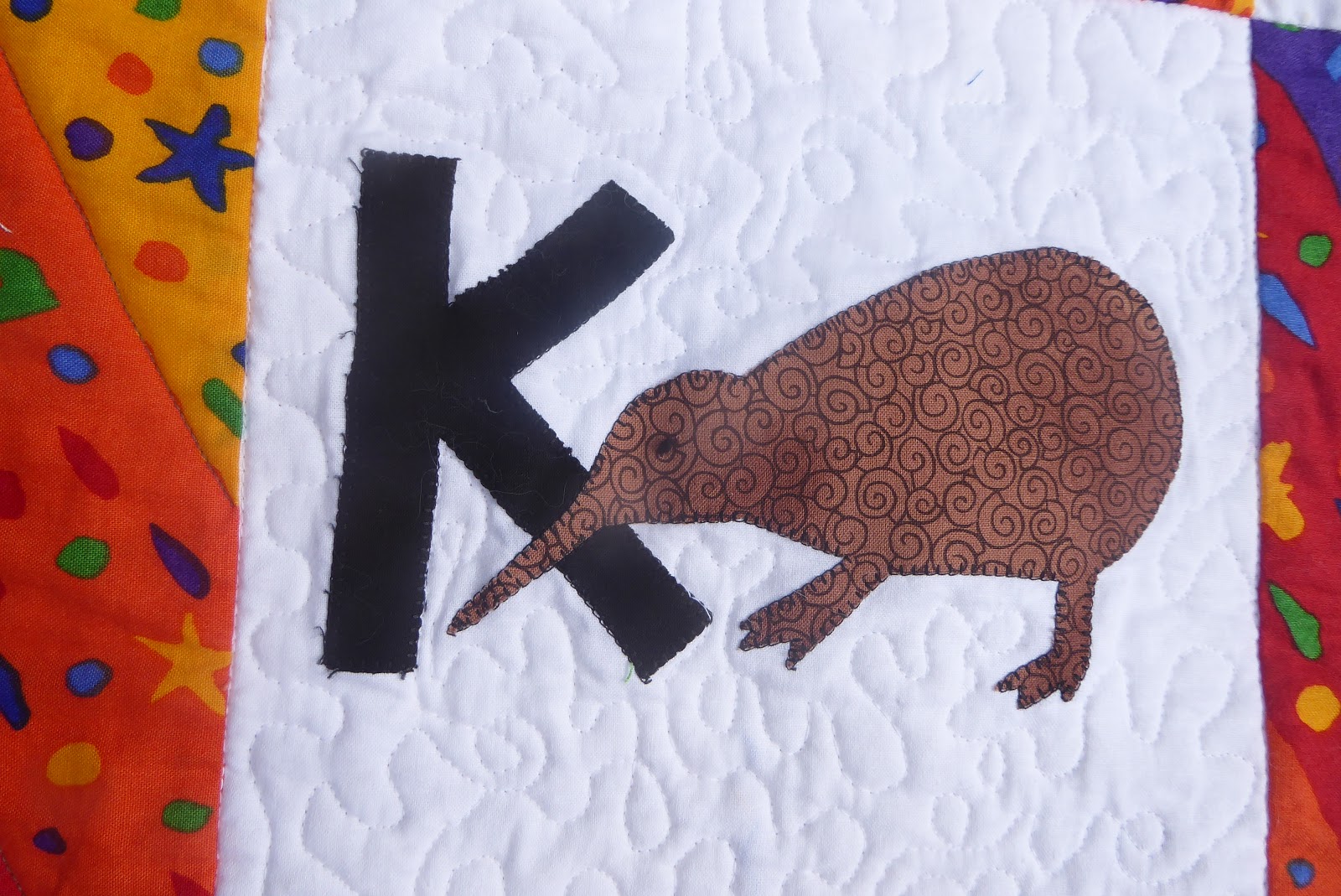 K is for Kiwi

The letters X and Y proved rather difficult.  Pristella maxillaris, is commonly known as the X-ray fish  because of its translucent body, and is found in the Amazon and Orinoco basins.  And what to do for Y?  I finally settled on Yak. 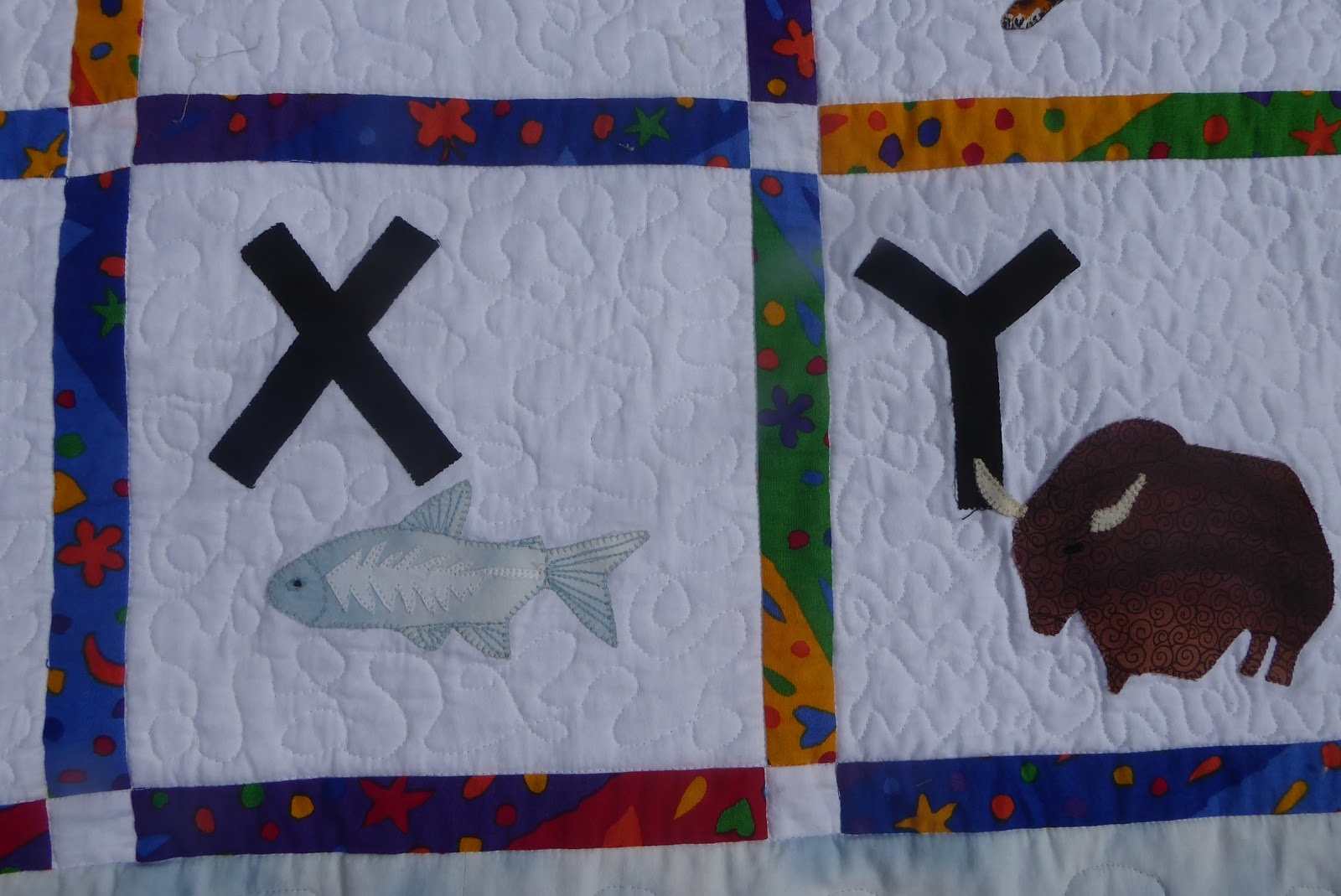 X for X-ray fish and Y for Yak

I’m so pleased I’ve finally finished this quilt, and it won’t be going anywhere for a while.  It will be kept safe and sound until one of my grand-daughters (both in their 20s) produce a great-grand child! 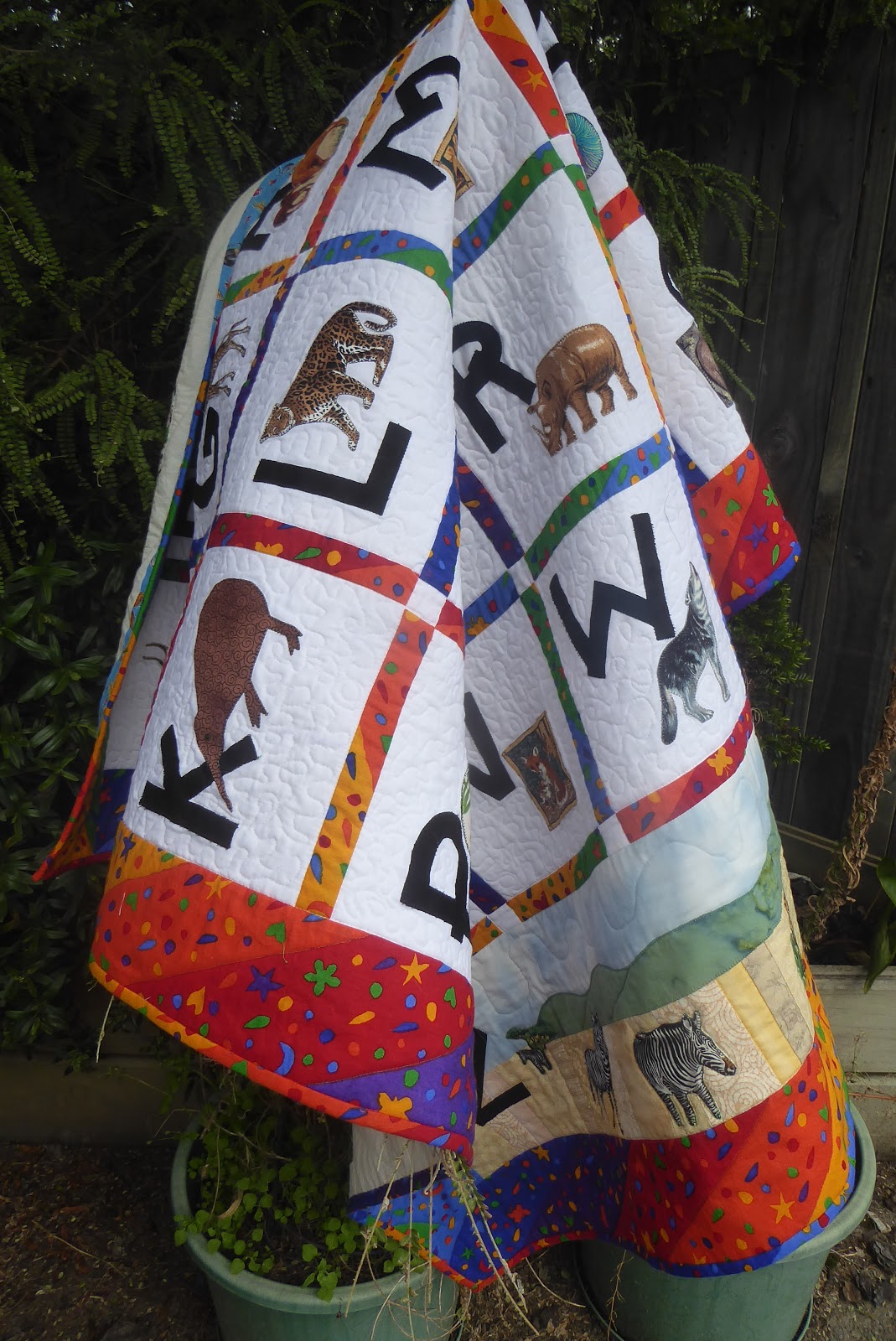 And if you think the border fabric seems familiar, you are right.  I used the same fabric on my Little Letters quilt, which I’m also keeping for future babies to arrive. 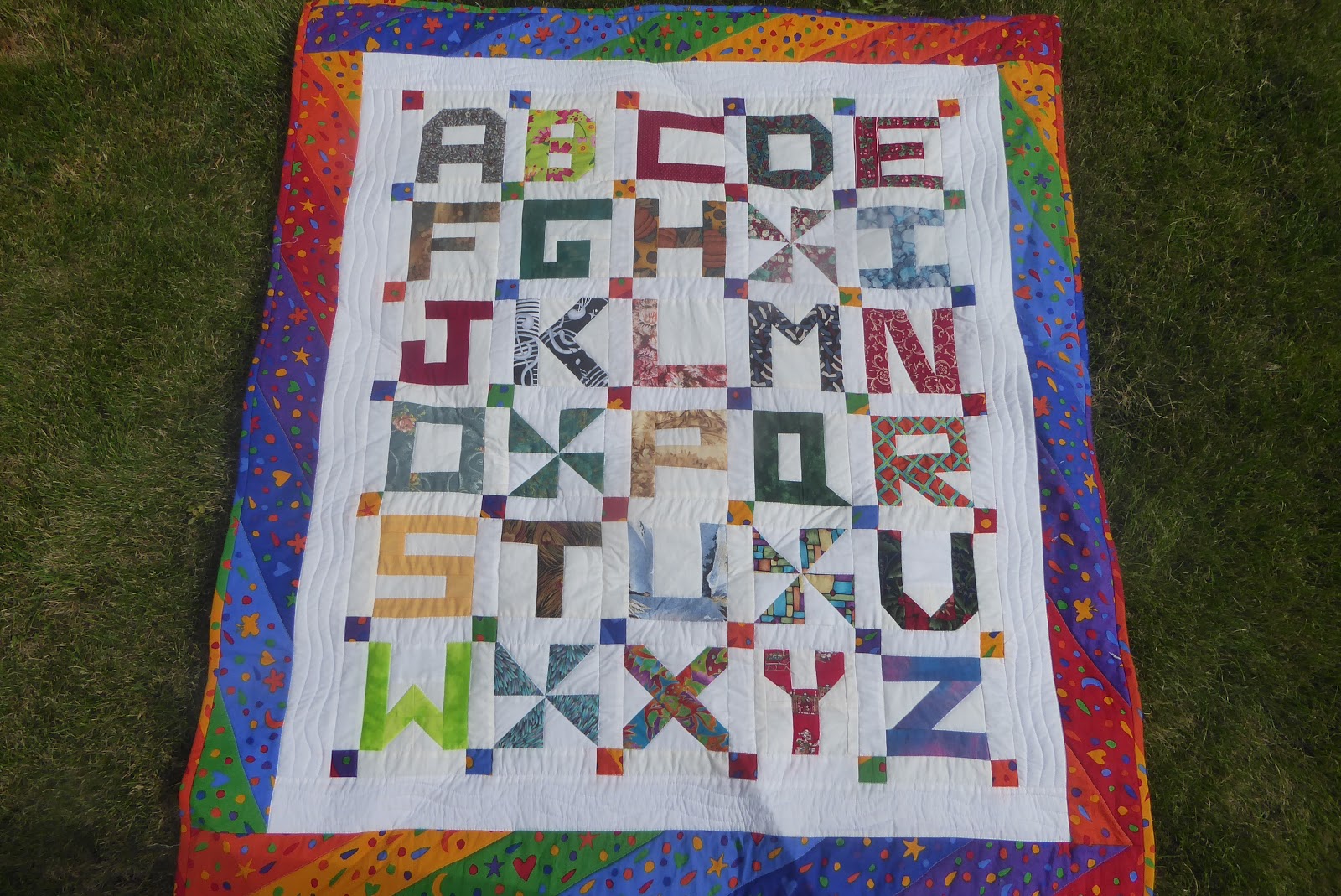 Wonderful finish and the border is just right. The translucent fish, what a way to be at the end of the alphabet.

I love the border fabric. Your quilt is beautiful

A superb finish! Your future great grand babies are going to be the envy of the play area.

What an amazing ABC-Quilt!!! I like the special animals....
Kind regards Katrin.

Nice for you to have another finish. ^^

I love both your quilts Jenny...they look wonderful! Congrats on a great finish xx

It must feel good to finally put this quilt to bed. Both quilts will be perfect for that day in the future....and no pressure at that time to whip up a quilt.

Well done sticking with it and finishing your quilt.
It looks wonderful.

Congratulations on the finish Jenny. Your quilt is gorgeous (well, both are) and a wonderful addition to the glory box.