We have been away in the caravan this weekend, a nice restful couple of days and I had time to enjoy a little stitching time outside under the awning.  I’m coming along quite well on this block, stitching fuchsias around the circlet of leaves. 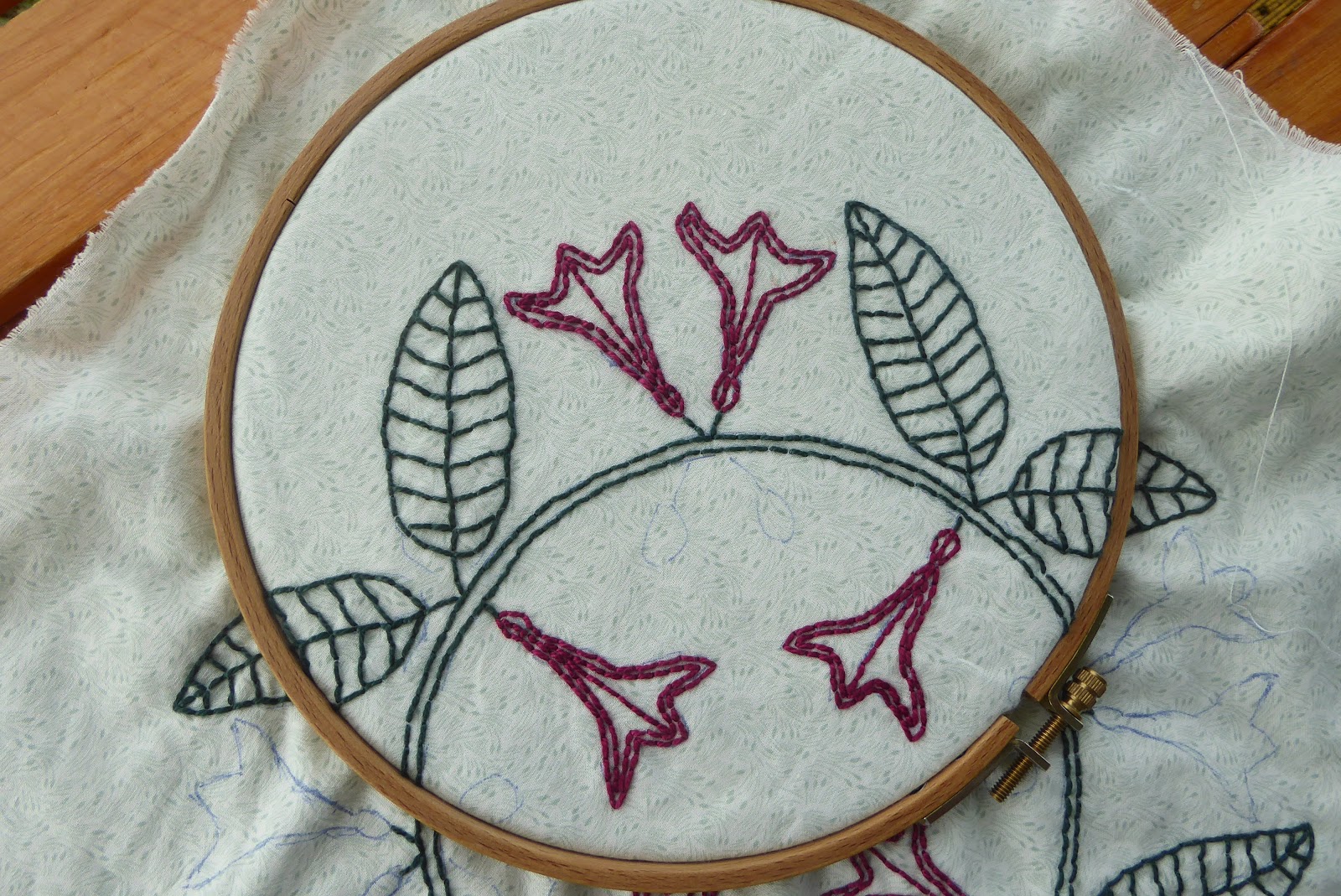 Working on my fuchsia block

Gemma came away with us too, she is quite at home in the caravan and likes to find a nice spot to lie down and keep an eye on us.  Right by the door, this time.  She is certainly getting bigger now. 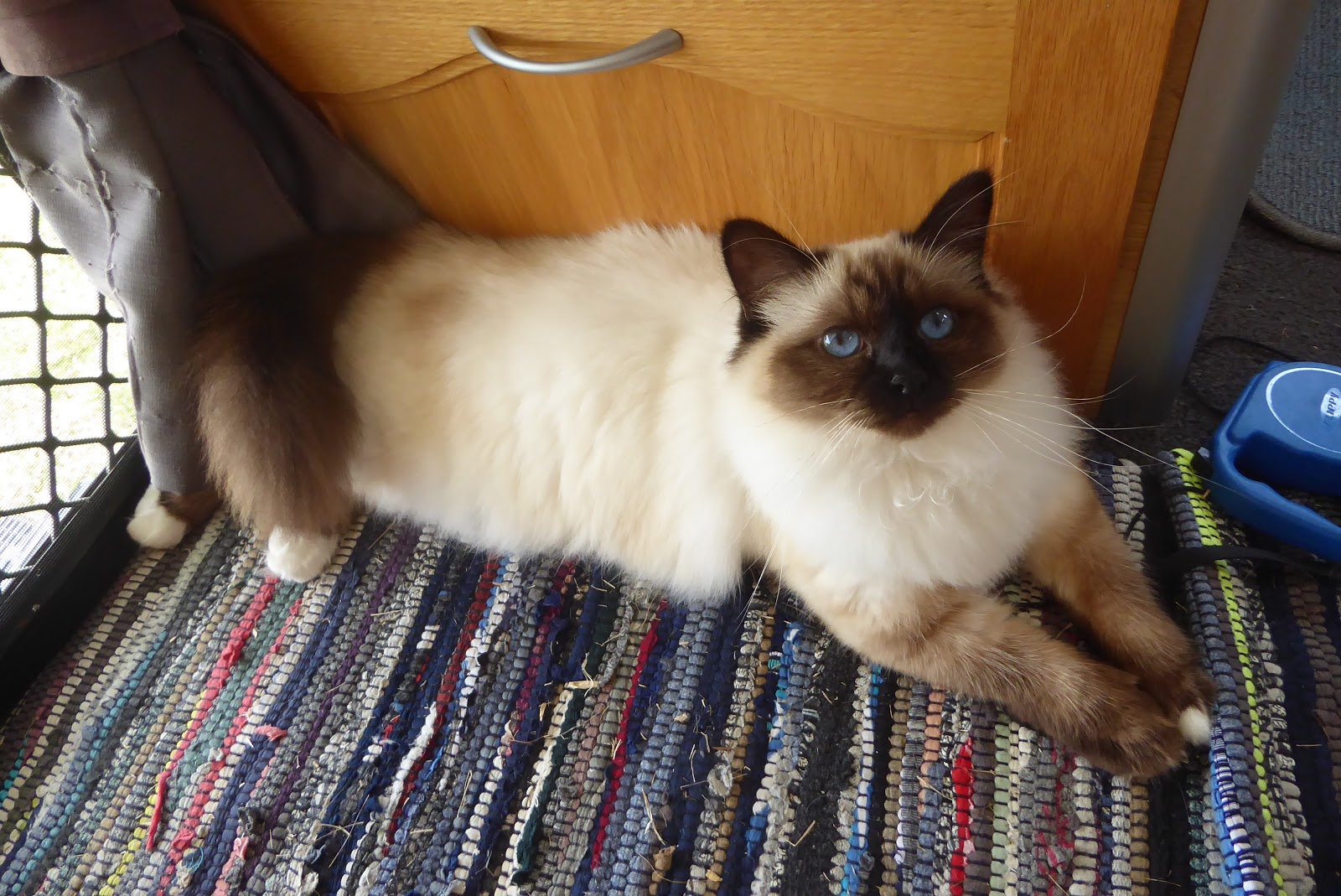 We were staying the weekend at a small rural school, just 32km up the road.  And what’s this we spotted?  It was the Tooth Booth, a caravan fitted out as a travelling dental clinic.  In my school days, most primary schools had a dental clinic building on site.  I certainly remember those foot operated dental drills which seem to take forever as we sat there in fear!  When one of our class mates was called over to the clinic, they came back clutching the name of the next pupil to go to the “Murder House”.  We all hoped it wasn’t our name on that piece of paper. 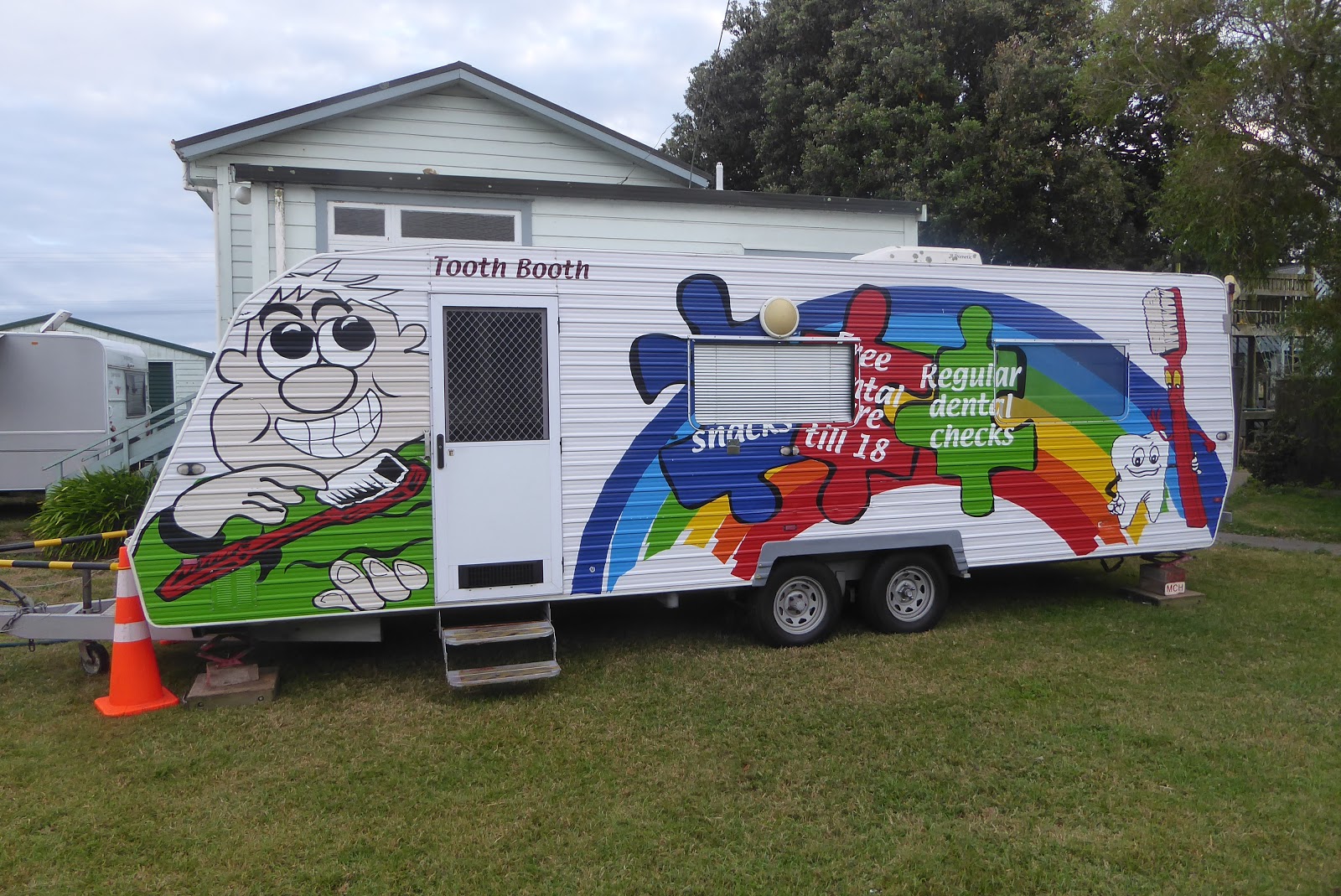 On Saturday evening we went out for a meal at the local establishment, a fairly casual place which was doing a roaring trade.  There was a group of bikers outside and as one was leaving we saw him lift a small dog up onto the bike.  Off I went with my camera for a closer look.  And there was four year old Millie, happily settled into her seat on the bike.  She has been riding around since she was a little pup of four months, the owner told me. 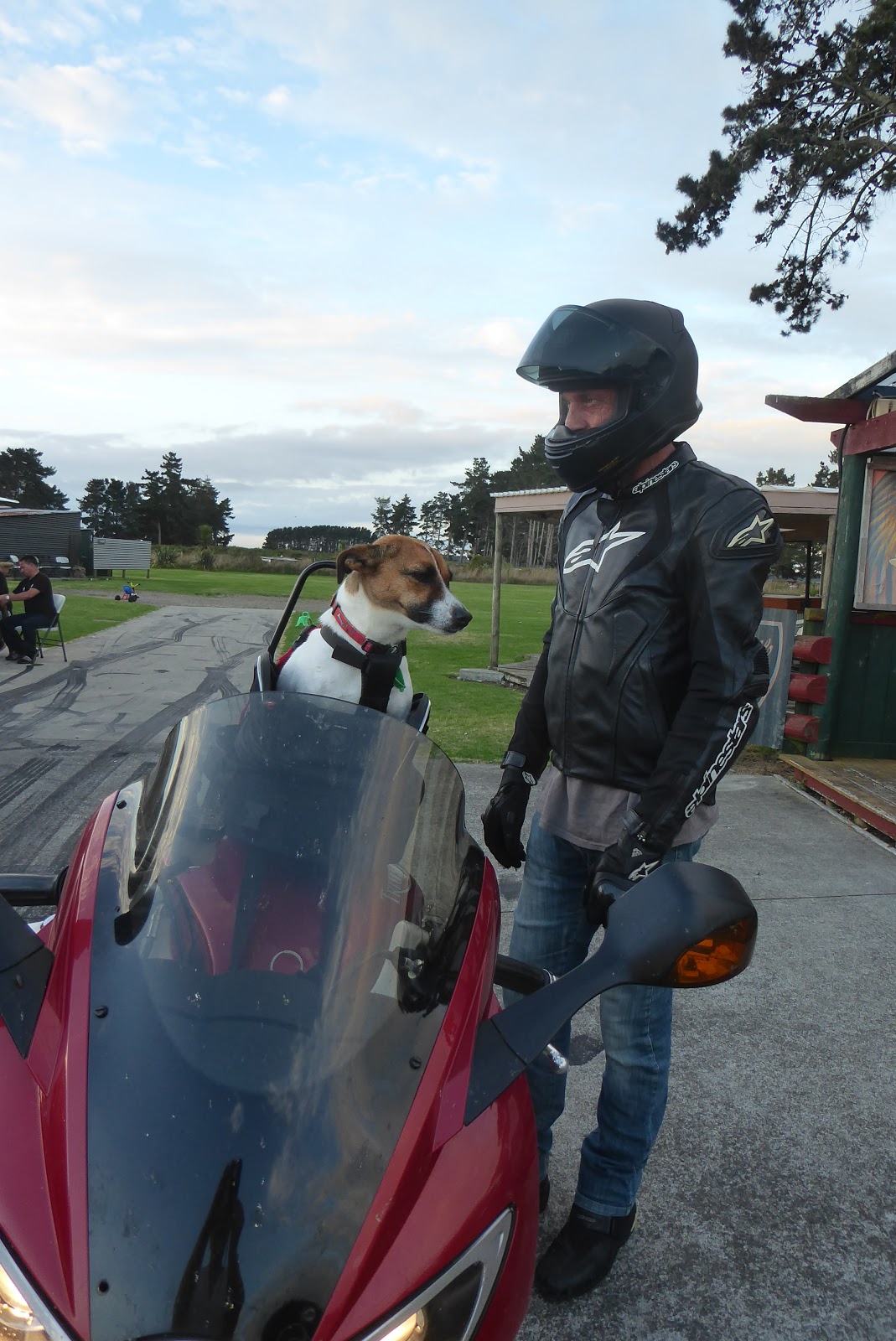 The weekend was tinged with sadness as the news unfolded about a terrible tragedy  in Christchurch, in the South Island.  Shooters had been on a rampage in two mosques in Christchurch, schools and businesses were in lockdown, and 50 people were confirmed dead.  Christchurch Hospital was also in lockdown, treating another 50 with gunshot wounds, with others going to other health facilities around the city.  Patients ranged from young children to adults, with minor to critical injuries.

Prime Minister Jacinda Ardern called the shootings a terrorist attack.  "It is clear that this is one of New Zealand's darkest days," she said. "This is an extraordinary and unprecedented act of violence."  We always considered our country very safe and peaceful, and this is the first such incident which New Zealand has suffered. What a sad way to start the weekend, and our hearts go out to the victims and their families.
Posted by Jenny at 4:26 PM

Hi Jenny beautiful work my friend,love your beautiful cat she is so pretty. It is so terrible what happened,the world is becoming a dangerous place.
Hope you have a wonderful day my friend xx

Yesterday and today I did some applique cutting and ironing them in place, Dione's last bear and 3 of the Love with Twist animals.It seemed to bring some peace. You were in the right place to have that too, and a bloke with his dog on a bike, that is heart-warming.

what a cute dental clinic that is! have never seen anything like it. Sorry your country had that shooting we have been dealing with those attacks for such a long while now it is heart breaking when it happens.

My heart aches for those affected by the tragedy in ChristChurch. Your stitching weekend sounds wonderful. Dental health is important for everyone, but especially children. I love that schools offer dental care: that doesn't happen in the US.

Pretty stitching and Gemma sure looks at Home in the van.
Great photo of the Jack Russel on the bike. Our Jack also,loves going on the quad with hubby.

So sad what happened in Christchurch... my heart ❤️ goes to all the people ...

Very nice embroidery project, perfect to work on when you are off on a short vacation. I am appalled and saddened by recent events in Christchurch. I am thankful for those who are reaching out to support the victims and their loved ones.