Our Christmas Day at home started with the usual breakfast, croissants filled with ham and cheese and  warmed in the oven.  Yum, nice and tasty to start the day.  Do you think I look the part in my Christmas pinny? 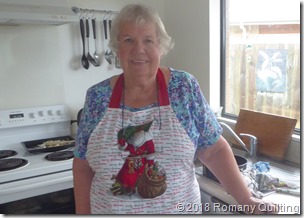 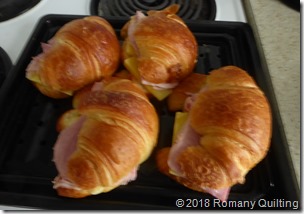 The pork roast was soon sizzling away in the Weber BBQ and was smelling delicious.  The inserted thermometer tells us via the cell phone when the meat is cooked.  I’m not sure how that works, it’s all a bit new fangled to me but Robin seems to understand the technology. 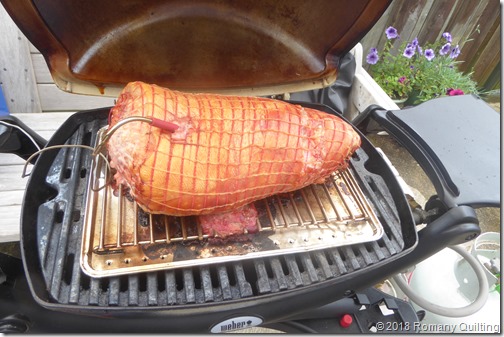 We had a lovely Christmas Day. Friends Dot and Derek joined us for lunch, and with their food contributions as well, we had enough to feed an army.  Robin’s brother and his wife called around on the afternoon, and we all had plenty to chat about.  The time just flew by, so much so that I forgot to take any more photos.

We are now away in our caravan, staying at the NZMCA Park Plimmerton, a handy place to stay if you want to visit Wellington.  The railway station is just a short walk away from the camp, so we planned a day in the Big Smoke, traveling in style on the trains.  Using our Gold Cards, train travel is free.  But wouldn’t you know it, the trains were off the rails for the next week or so for track maintenance, and the services were replaced by buses.  When  we arrived in Wellington City I was keen for a quick visit (my first) to the large David Jones Department Store (formerly Kirkcaldie and Stains).   I really wanted to see their Christmas Shop, but nothing took my fancy so we were just in and out in no time at all.   A cruise ship was in town, and there were people everywhere.

Perhaps a trip to Wellington Airport for lunch would be fun, we decided, so we boarded the bright orange Airport Flyer and went on our way.  Robin used to drive these buses to and from the airport some years ago, and quite enjoyed the interaction with travelers. 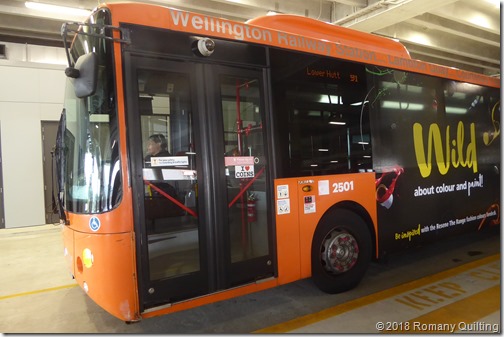 There were all sorts of things to see at the airport.  Lots of Christmas Trees decorated by various businesses on display. 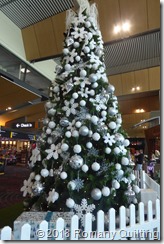 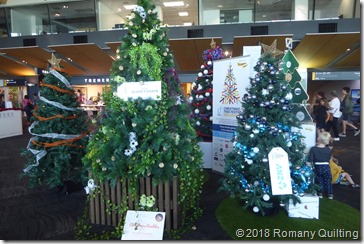 Then there were some  entries from the recent “World of Wearable Art Awards Show”, a big glitzy show which runs in Wellington during September and October. 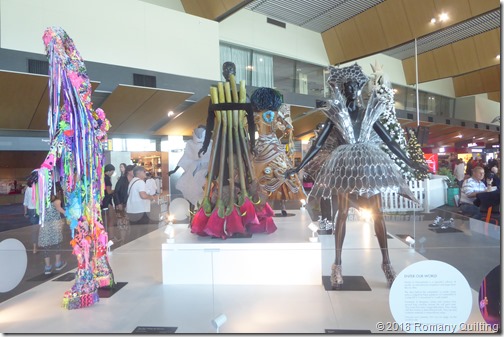 And flying high over the eating area were a pair of  giant eagles, one of them had Gandolf riding on top.  Made by Weta Workshop, one of them was shaken loose during an earthquake and had to be re-installed using a new hanging structure that is able to handle considerably higher loads. 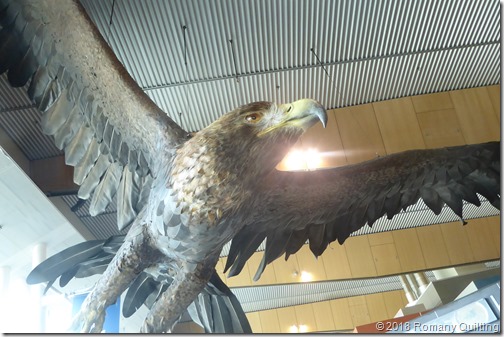 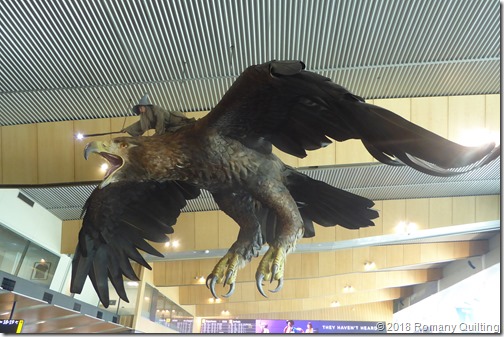 We sat in front of the large picture windows, watching the planes arrive and depart.  Perhaps we will have another trip away soon, we hope.  Lunch was Pie and a Pint for him, and Salmon Pasta for her, all very nice and tasty.  It was a great day out, and stress free as we travelled by public transport. 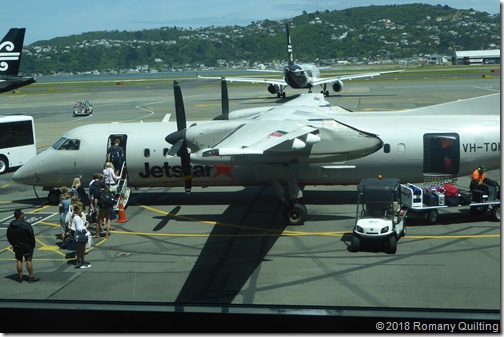 It’s always busy at the airport
Posted by Jenny at 5:05 PM

Those eagles are huge! Enjoy your latest adventure. :)

What a fun way to send a day and may I say, you look lovely in your Christmas apron.
May the new year bring you good health and happiness beyond your wildest dreams :)

Those croissants certainly look good. Seeing the pics of Wellington airport brought back memories. While we were in New Zealand we took the bus from Napier to Wellington they the airport bus before flying over to Picton, quite an experience for us. Enjoy your time away in your caravan.
Judith nb Serena

Just reread your latest posts, Jenny. Chocolate, chocolate, chocolate...yum! A Christmas shopping pixie..we all could use one; a Christmas pinny, and small travels. You two have the best of fun. Hope 2019 is equally as wonderful as the past year! And thanks for taking me on the ride too.