We are in New Plymouth for several days, just take a look at this glorious mountain which is looking down over us.   Early mornings are often the best time to catch a glimpse of Mt Egmont without too many clouds obscuring the view.  Also known as Mount Taranaki, it  is New Zealand's most perfectly formed volcano. The mountain is around 120,000 years old and last erupted in 1775 and volcanologists agree that the mountain is 'dormant' rather than extinct. 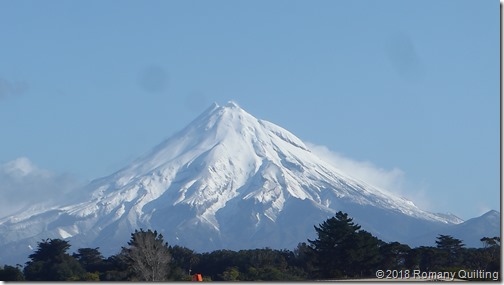 If our little Gemma was interested in such things, she could look out the caravan window to admire the view of the mountain herself.  But she is more interested with snoozing, eating, and chasing her little balls around inside. 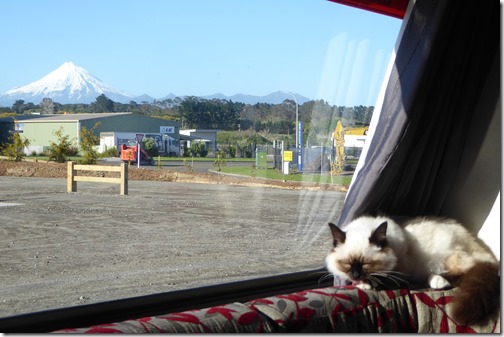 Emma sleeping in the window

In fact, we got up close and personal to the snow on the mountain as we drove up to North Egmont Visitors Centre.  The higher we drove, snow started appearing on the edges of the road, getting thicker the closer we got to our destination.   The car park was full – being a Sunday it seemed everyone was out and about.  Children were having fun playing in the snow, throwing the occasional snowball, and slipping and sliding about.  We walked carefully up the snow covered walkway to the Look Out, which gave us a rather hazy view over New Plymouth.  As I’m getting older, I find I’m a lot more concerned about falling when I’m walking in strange places – a sign of the times, I suppose. 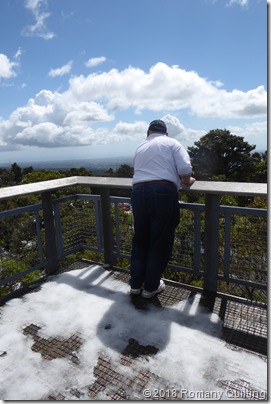 Snow is quite a novelty to us where we live, and it’s more years ago than we can remember when we were last slipping and sliding about in snow.  Lovely to see up close, and great to see so many people out and about enjoying themselves.  The Visitors Centre also housed a café, so we carefully negotiated the snow covered steps and deck.  A hot drink was in order, which we enjoyed looking out at the view through the large picture windows. 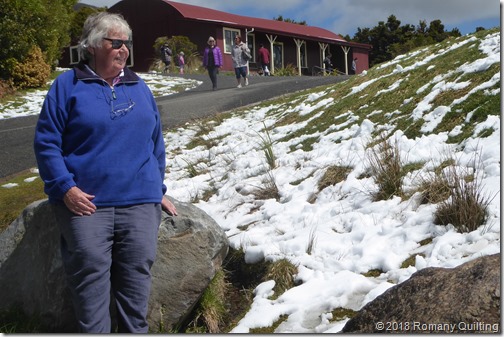 Holiday or not, the laundry must get done.  Luckily there was a laundromat quite close to where we are camping, (I needed to use two machines) and being a nice sunny day, I could hang it all out on the clothesline at the camp. 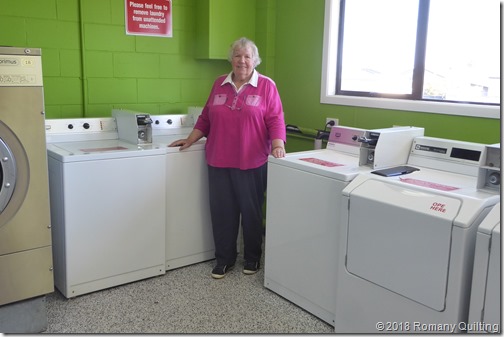 Keeping the laundry up to date

We went for a short walk around the beautiful Pukekura Park today.  The park covers 52ha (128 acres) right in the heart of the city and is one of New Zealand's premier botanical gardens.  Standing right be the lake was a monument erected to commemorate the Diamond Jubilee (1897) of Queen Victoria.   I’d never noticed this monument before, on earlier visits. 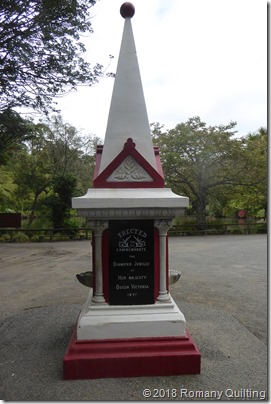 The lake is so beautiful and serene, surrounded by native trees and lush ferns, and with plenty of exotic flowering trees and shrubs too.  Swans were swimming lazily by, and people were walking around the lake, a delightful place indeed 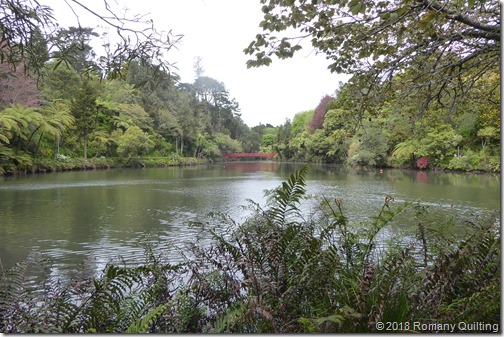 The waterfall was constructed in 1968 with the help of a generous donation to the City of New Plymouth from NZI.  And close by on the path is a huge “Ficus Macrophylla” Morton Bay Fig which we stopped to admire. 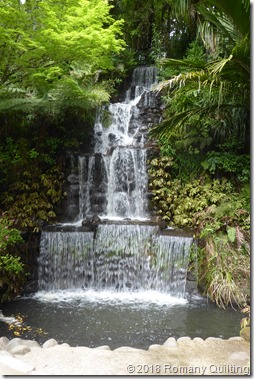 Our time at New Plymouth is almost over, and we are moving on tomorrow.  Just done a little stitching on my New Zealand Botanical block, and then got my knitting out but only managed a few rows here and there, while Gemma is tucked up sound asleep.  Once Gemma sees those knitting needles moving about invitingly she jumps up beside me and is all set to play with the needles, chew the wool, so it’s time to give up and pack it away again. 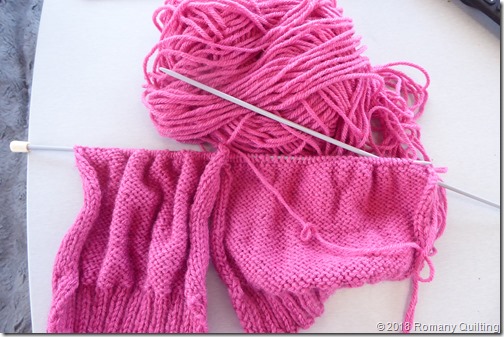 Not much knitting got done.
Posted by Jenny at 2:13 PM

we can never escape the laundry when we are traveling in our campers can we!! lately I have been doing mine about every 3 or 4 days so it doesn't take as long and have been lucky and have had the laundry rooms to myself at the campgrounds and didn't take long at all.
I love your snow covered mountain! beautiful - love that they have cafe's so you can get something to warm you up as well.

What beautiful sights for you! We know that soon we will be getting snow, here--so pretty to look at, but not so much to drive in..;000.
thanks for sharing your journey with us hugs, Julierose

Beautiful scenery. I'm careful when walking on ice and snow, yet unlike you I deal with it every winter. Gemma has the right idea - finding a nice sunny place to curl up and nap. The laundromat looks cheerful with that bright green wall.

The views and sights are stunning. Lovely places to visit.

I love being able to tag along on your holiday. I do not know much at all about New Zealand, so this is exciting and educational at the same time.
Have a sweet trip and be safe.
Connie :)

What gorgeous scenery Jenny. A beautiful area by the looks. Funny how the chores still need doing lol! Thanks for sharing xx