The Train Trip that wasn’t

Don’t let this happy photo fool you.  Although we started off with happy anticipation, our long awaited four day trip on the Indian Pacific railway didn’t happen.  The Indian Pacific train pulled way from Perth Station bang on time at 10.00am, leaving Australia’s most remote capital city behind.  We went slowly through the suburbs, soon reaching the outskirts of Perth, and the countryside.  The train stopped for some time at Avon, full of huge wheat silos at the siding, and we were called into the Queen Adelaide restaurant car for a very enjoyable lunch.  Back in the Lounge Car for a coffee, we were starting to wonder why the train was still stationary.    Then it was finally announced that there had been a serious incident further up the line where a freight train of  two locos and four carriages had derailed, badly damaging the track.  As repairs to the track would take several days, or even longer, our journey was cancelled, and the train was returning to Perth.  What a disappointment, we could hardly believe what we were being told. 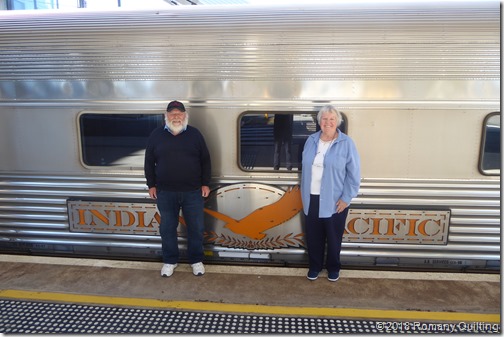 Looking forward to our trip

The train manager and all the staff were full of apologies as we all discussed what on earth we would do now.  During the afternoon further announcements were made – accommodation would be found for us all, plus the cost of an evening meal and breakfast.   Buses were waiting at Perth Station to take us to the hotel for the night, Pan Pacific.  During the night the management and staff of Indian Pacific were working hard trying to find a solution to the next part of the problem, how to get us to our destinations of the train trip, Adelaide or Sydney.  A letter was delivered to us all announcing that flights had been arranged and buses would be available to take us to the airport.  The following morning we were all given our final flight details, and it was announced that we would all get a full refund for the cost of our aborted rail trip.

We are now in Sydney, making the most of five days instead of the three originally booked.  So what have we been doing?  Seeing the sights, travelling on trains and ferries in the harbour.  Sydney is an amazing place, and this is our first time here.  The public transport is great, and we have been using pre-loaded Opal cards to get around, making city travel so easy. 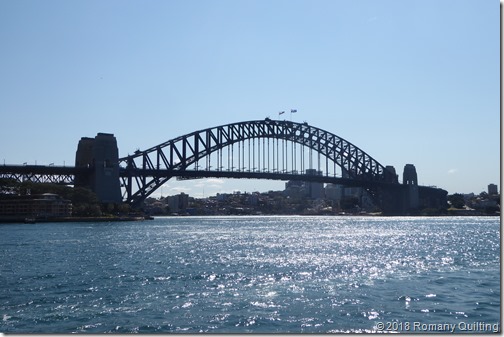 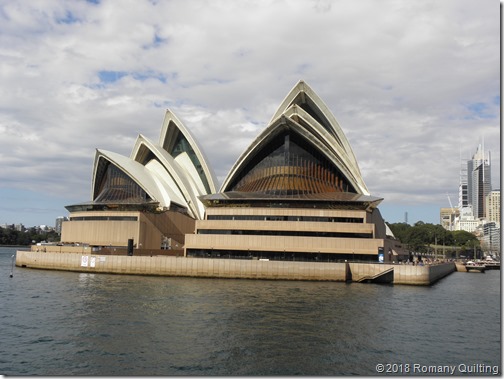 Having a ride on the Manly Ferry was high on our list of things to do.  There they were, all yellow and pudgy just as we had imagined them, not at all like the sleek fast ferries docked beside them.  We climbed aboard, and headed over to Manly.  Manly Beach was perfect – golden sand and warm sun.  We sat in the sunshine watching the world go by, plus the joggers, the dog walkers, the young Mum’s with strollers, and all those tourists taking selfies. 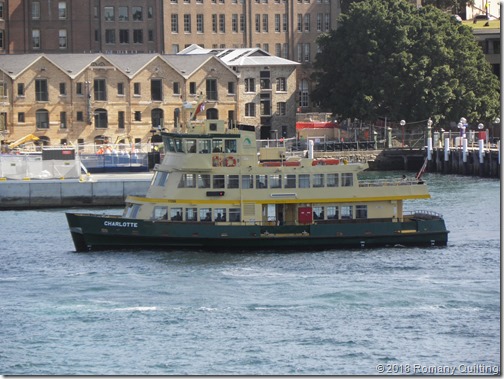 Then we had a ride on the Light Rail, which turned out to be a bendy red train. 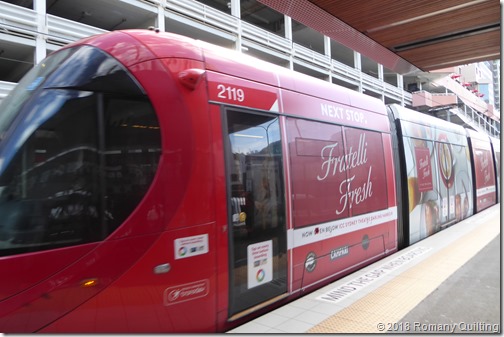 Took a trip on the Light Rail

I just had to buy a little memento for my ever so handy shaggy denim bag which travels with me, a koala and leather fringe key ring which I clipped on.  It had to be blue of course, it took me a while to look through the red, green and yellow ones until I finally found a blue one. 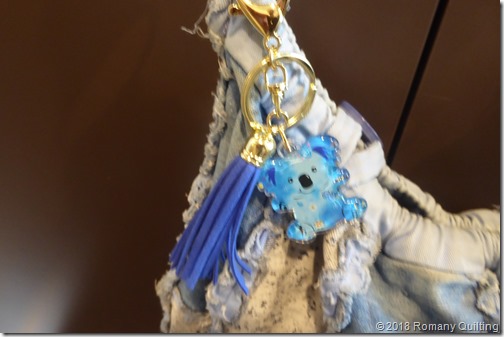 A memento of Sydney

We’re flying home again on Saturday, and collecting our kitten Gemma on Sunday, so we are really looking forward to that.
Posted by Jenny at 4:32 PM

Some might look on that as a total disaster, but with all those alternatives arranged, it looks as though you saw more than planned. Sorry to say, cold and wet here, again!!!

I'm sure you had been disappointed as I know you had looked forward to that train trip. I'm glad you enjoyed your vacation though and saw things you never saw before and that they will reimbursed in full of course is a plus - so sorry this worked out this way though

What a disappointment. I'm glad that the railroad made arrangements for everyone and reimbursed the fare.

Oh dear, what a disappointment. Never mind the alternative arrangements seemed to work out fine. Sydney is such a vibrant colourful place to visit.

What a shame. But of course there is nothing anyone could have done.
I am pleased you were well looked after.

Oh Jenny....how disappointing for you both. Perth is such a long way to go as well. So glad you got to enjoy Sydney so not a complete flop xx

Of course, I had to look up quokkas, Jenny. Interesting to me. Again what a marvelous time you are having despite a few hiccups and thanks for showing us so much of those wonderful places.You both look wonderful.