It’s a busy life while on holiday in the caravan, driving here and there, staying at interesting places.  I found a little time to sit and stitch for a while.  Some stitching over several days and I’m happy to say that I have completed my kereru – one of two native birds I’m doing to hang in the caravan.  The kereru is a large native pigeon, with feathers in shades of green, and a snowy white breast, and gorge themselves on fruiting trees.    Please excuse the unpressed condition of the stitchery – I don’t have an iron in the caravan. 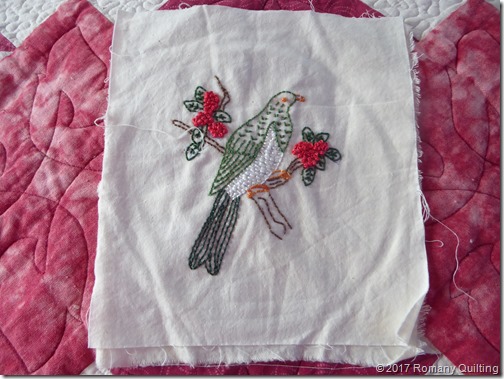 Crochet in a Airfield Museum?  Why not.  I came across this lovely crocheted giant poppy displayed at the New Zealand Warbirds Museum in Ardmore, Auckland.  (Once more, apologies for the photo, as overhead lights were reflected on the glass).  400 crocheted poppies were made by a group of local ladies to commemorate the 2015 Centenary of the Gallipoli Landings in 1915.  This battle was a disaster for our troops and among the dead were 2779 New Zealanders, about a sixth of all those who had landed on the peninsula.  The red poppy has become a symbol of war remembrance the world over, and in New Zealand it is most commonly seen around Anzac Day, 25 April. 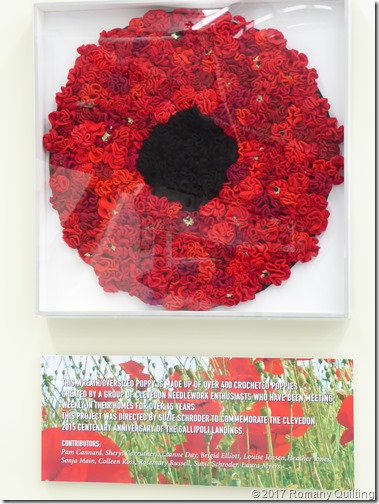 Poppies to remember the fallen

And now for a little news from our holiday.  As already mentioned, we visited the New Zealand Warbirds Museum, dedicated to the restoration of service aircraft.  All kinds of interesting planes were on display. 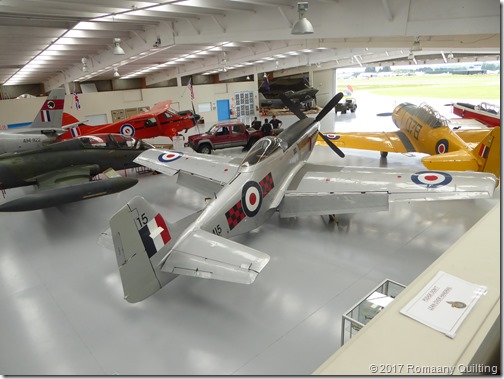 On view at the NZ Warbirds Museum

We spent the weekend at a caravan rally enjoying good company, a delicious Pot Luck meal, and we all gathered around the raging bon-fire on Saturday evening to celebrate Guy Fawkes night.  It was our wedding anniversary too, this year it is number 34! 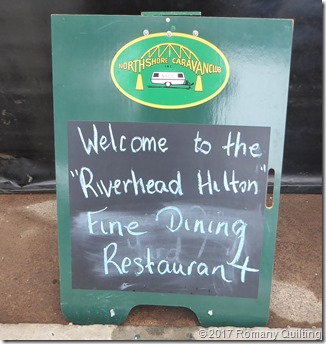 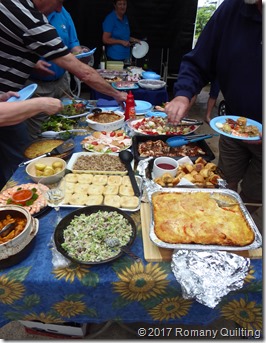 And while we were there we visited the historic local pub.  At 153 years old, The Riverhead is thought to be New Zealand’s oldest riverside tavern and holds New Zealand’s second oldest liquor license.  Nestled on the shores of the upper Waitemata, The Riverhead is steeped in local history and played a part in the development of early New Zealand, with thousands using the wharf and hotel as the gateway to lands in the north prior to the completion of roads and railway. 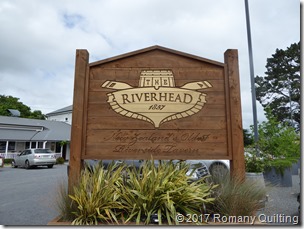 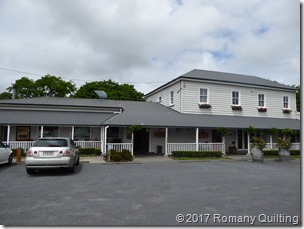 We walked through to  “The Landing” bar and restaurant and settled down to enjoy a drink looking out over the muddy Waitemata.  Later a walk through the doors took us down onto a large deck surrounded by 100 year oak trees.  It was such a lovely peaceful setting. 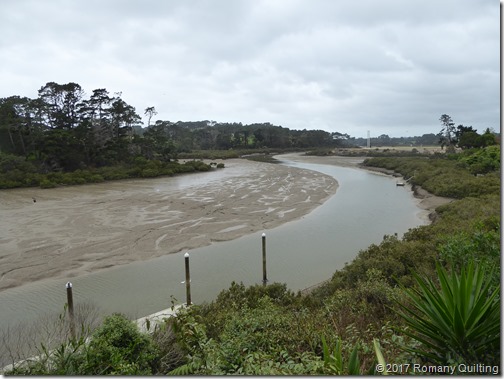 Looking down from the deck

We are heading home this week but there is sure to be another adventure or too, and interesting sights to see.  And hopefully a little more stitching will be achieved too.
Posted by Jenny at 5:38 PM

A very pretty finish..
thanks for sharing all the interesting places you are visiting.

Embroidery is the perfect stitching project for a road trip. Your pigeon block looks lovely.

Wow, the large poppy is impressive even though it commemorates such a sad event.

Love your stitchery. What a nice trip you are having. The poppies are beautiful xx

Hi Jenny seems ages since I visited? Glad to see you are managing a little sewing on your caravanning holiday. Your pigeon looks lovely, was very interested to see the poppies, my grandfather was one of the first NZ soldiers to land, one of the first to leave with bullet shrapnel all through his left side of his face and one of the first back to NZ on the medical ship !!!!! But he did come home so many did not. Cheers Glenda

Your kereru looks wonderful. And who needs an iron when camping? That can wait. Looks like you have found some great places to visit. And enjoyed some great meals. Congrats on the anniversary.
Cheers, Karen
http://sunburntquilts.com.au/

Beautiful stitching, I love your bird