I’ve been working away quietly making some healing hearts blocks for Christchurch, and reflecting on the terrible tragedy which took 50 lives a few weeks ago.  While these people were in their place of worship, men, women and children were shot dead and many others left injured.  Previously, New Zealand had never experienced a mass shooting like this, and now sadly,  Christchurch joins the list of cities where such a thing has happened. 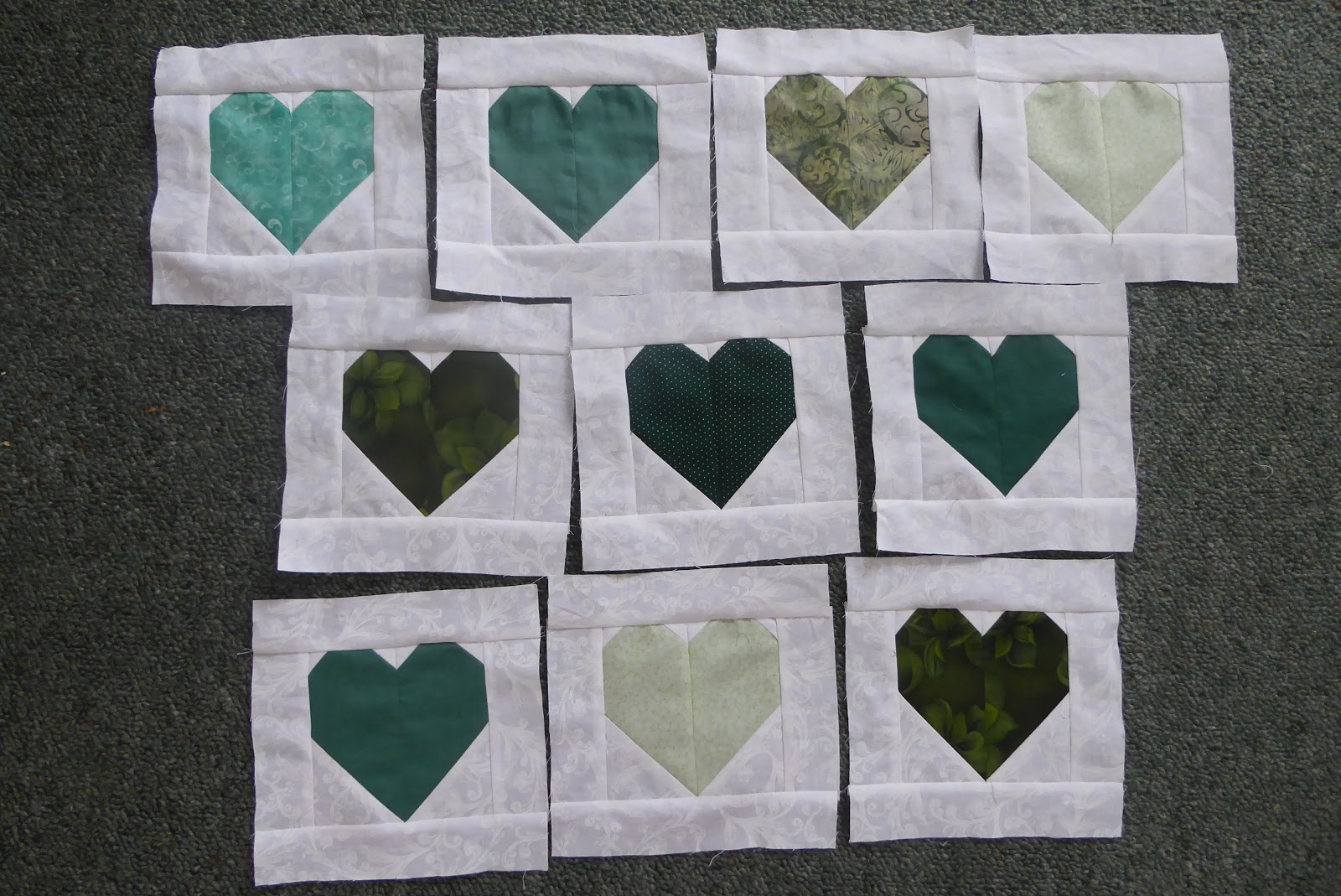 Angels in Gumboots quilt shop put out a call for green hearts, and supplied a pieced heart block pattern.  Green is symbolic in Islam as relating to heaven, restoration, hope and life.  We were asked to surround the hearts in white, symbolizing purity and peace, and is the colour most wear when attending Friday prayers.

Understandably, Angels in Gumboots has had an incredible response, both from Kiwi quilters and others overseas.  Mine have been sent on their way to join the many other parcels arriving at their shop.
Posted by Jenny at 10:59 AM

What a lovely thing to do, so symbolic.
Judith nb Serena

Lovely blocks. I think they will end up wilt enough for well over 50 quilts. Raewyn is coming across the ditch to our Baradibe retreat and will be collecting blocks then. I’ve made a little few to add to the collection.

The massive response from all over is so humbling. I have a flimsy, with applique hearts alternating with 9 patch blocks, and as I was given a huge bag of fabric pieces from Philp Wrights in Whanganui, went on to do more 4 patch blocks. I also already had a top with hearts, that will maybe go to the First Responders or other front-line person. Lovely greens in your blocks.

Beautiful Heart blocks 💚💚💚💚💚
Hope the quilts give a little comfort...

I just read about this on another blog. May the blocks collect from around the world bring love and comfort to the recipients