The Rainbow Scrap Challenge colour for April has just been announced, and it is aqua.  This caused a bit of mild panic to set in.  Why?  We are heading off on Friday for a three week road trip, not returning till the end of the month,  so many things to do.  Perhaps I wouldn’t get my RSC sewing done this month?  Don’t be silly, I told myself, you can sew them today.  So I did, and that’s one thing I don’t need to worry about.

I don't have a lot of aqua, so I had to raid the batik fabrics which I had put aside for another project.  I knew there was a bit of aqua hiding in the crate, so pulled them out and luckily found some which will work just fine. The four little Bow Tie blocks are very quick to make, and my little collection of small bonus HSTs is growing nicely. 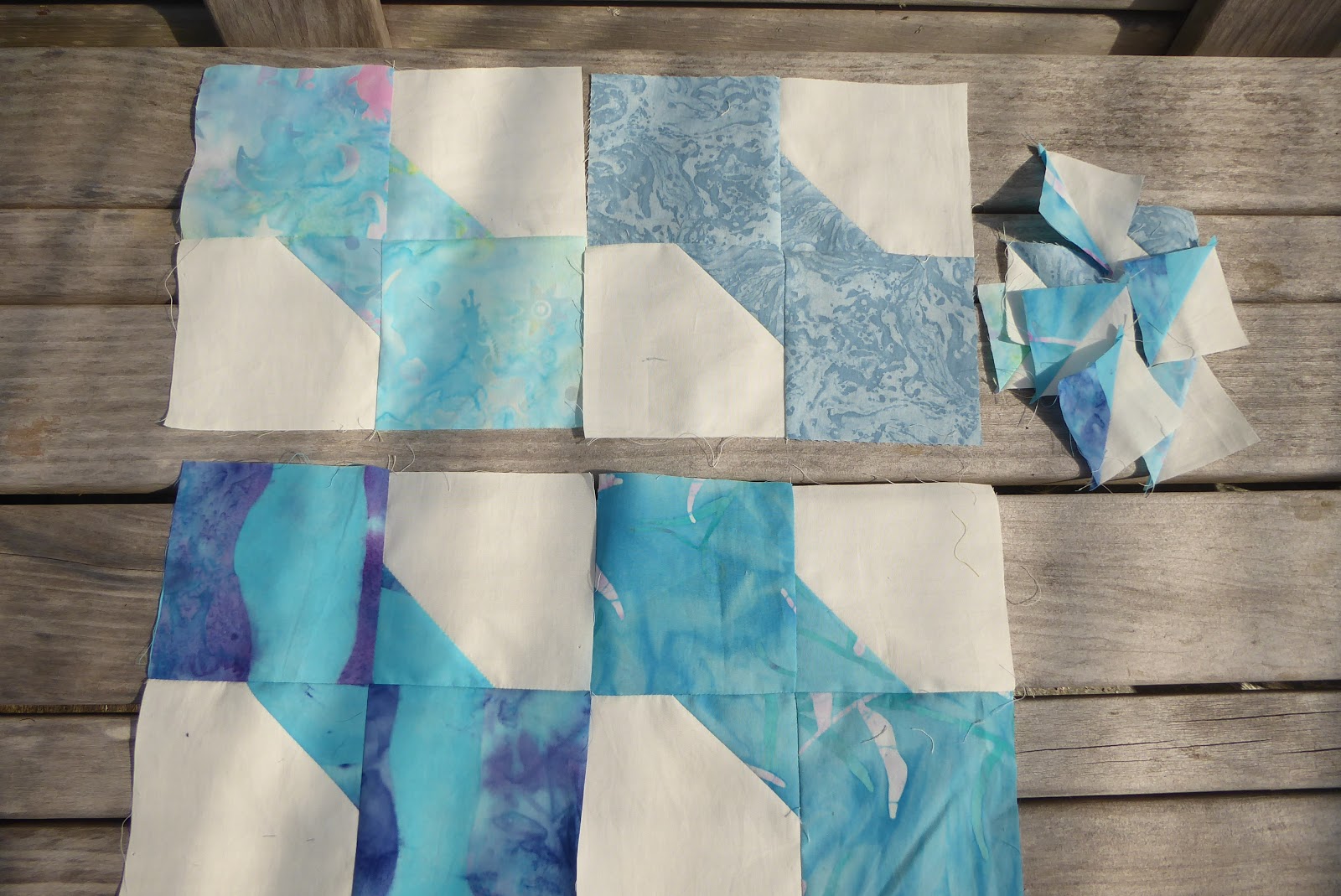 Surprisingly, the Asterisk selvedge blocks take longer to stitch. It’s just straight sewing, but you know me, I like to pin, stitch and press so it always seems to take a while.  It’s always interesting reading the selvedges too, some are from my own fabrics while others were given to me ages ago. 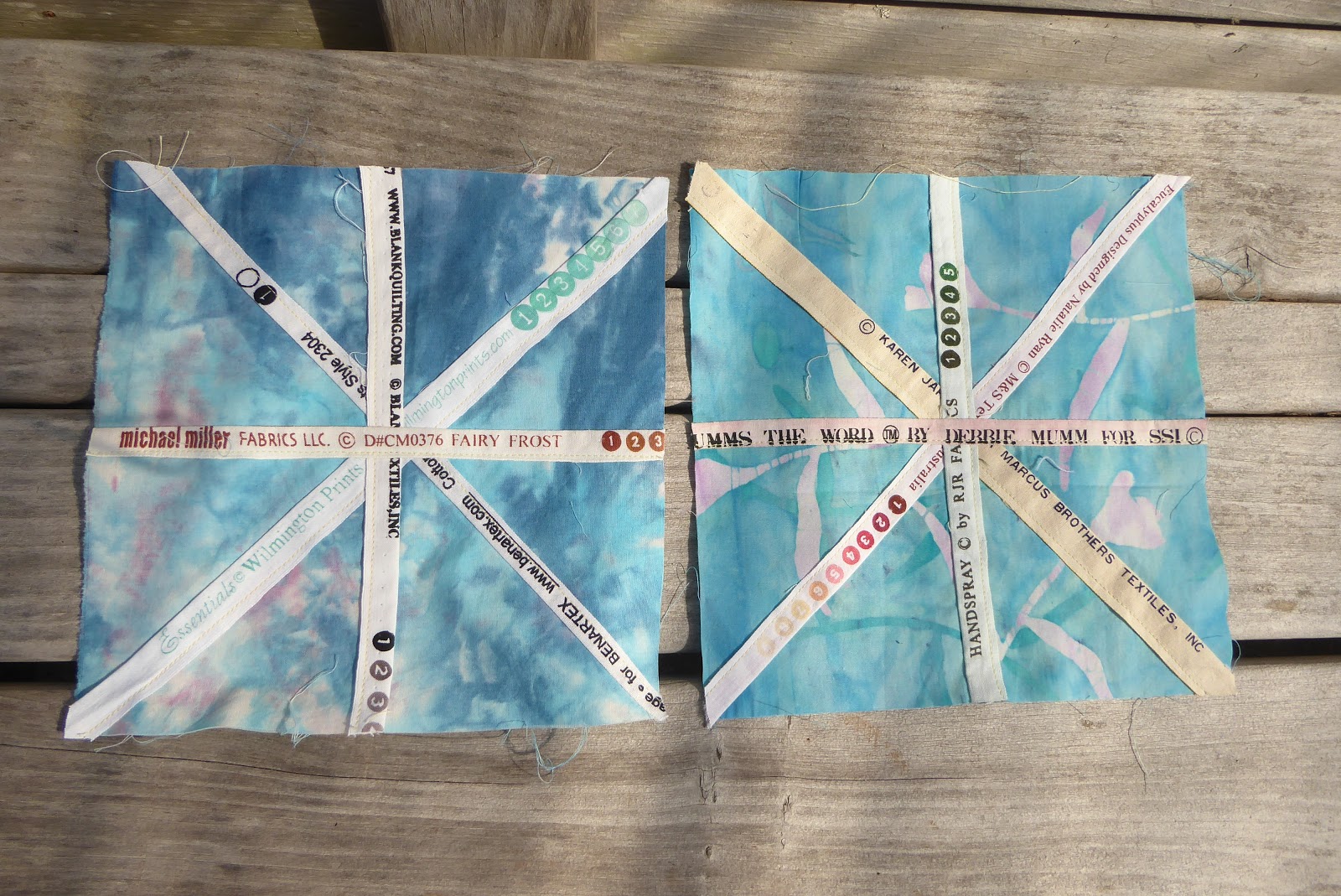 There was some emergency sewing to do as well, Gemma's poor little pink mousey had a hole in his tummy and the stuffing was coming out.  It was rushed straight into A & E for medical help. 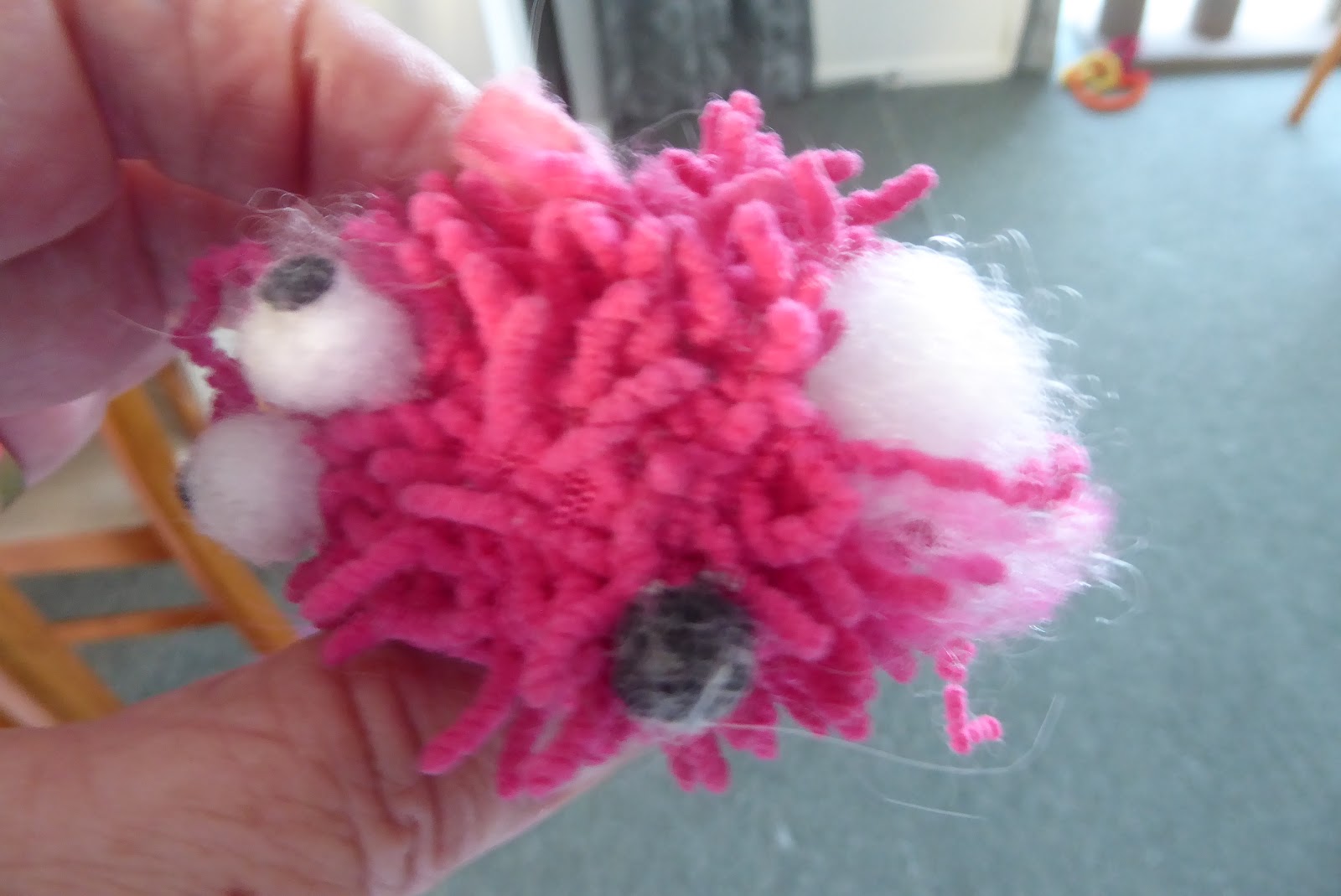 Several stitches later and mousey was as good as new, till next time.  Gemma loves this little toy, carries it around in her mouth, and bats it around the floor and chases after it.  She is such fun to watch when she is playing. 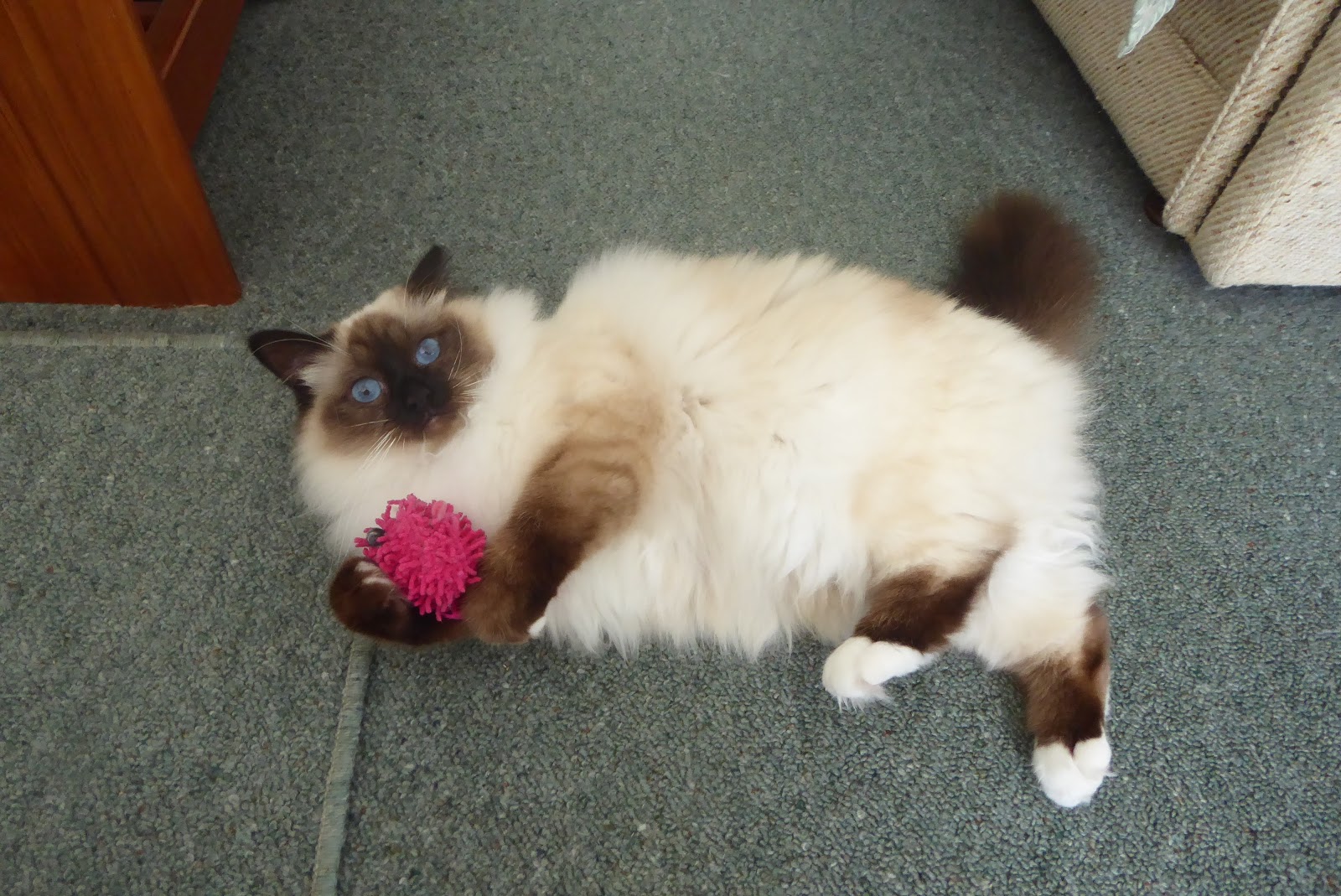 I'm glad you found some aqua - I too wondered if I had enough to work with - I will start mine next week I think - have a fun 3 weeks!

Hi Jenny love your aqua blocks such a pretty colour.Bet Gemma was pleased that you fixed her mouse,hope you have a lovely evening my friend xx

Lovely Aqua sewing.
Instead of using pins have you thought of using BASTE IT GLUE.
It would make it a lot easier and flatter with less movement.

Your aqua bow tie blocks are lovely but your cat with the pink mouse takes the cake :-)

Lovely bow ties and asterisks blocks...so easy to get distracted reading those selvages, isn't it?? lol That would be me, too...
Glad the mouse surgery went well...hope your trip is wonderful....hugs, Julierose

Nice blocks. I doubt I have any aqua in my stash or scraps. It's not a color I use much. Gemma looks sweet with her newly repaired toy.

Well done getting the Aqua blocks all done...
Pleased Mousey's surgery was a success and Gemma has her toy back to play with.
Have a wonderful holiday.

Lovely work with the aqua blocks. Lovely range of colours.
So pleased the repair work was done on the mouse.

No you are not the only one Jenny to get turned around going to a public washroom...which I have done. I have to specifically note exactly where I park; going round and round like an idiot trying to find my car taught me that.
Meanwhile, pretty blocks. I have very little aqua in my stash.

I may have a problem digging up enough aqua scraps too. Your bow ties look great and I think I'll take Judy B's outlook and use anything aqua, turquoise, or ocean. Laughed at your Gemma because my Polly has her favorite toys too and we are all amused when she gets to playing with them. Gemma is beautiful! Have a great vacation!

I think you did well with your aqua blocks! Have a wonderful trip! Does Gemma go along?

Gosh Gemma is such a beauty! My Bella is stressed right now, as Rufus thinks cats (birds and squirrels too) are for chasing and probably catching and shaking....) so she and he are kept apart until he can be taught better manners without upsetting her any more than she already has been. I love your RSC colours and projects. Behind? HA! I haven't even started sewing mine this year!! That's because I need to put the block into EQ and plan a bit (usually I just randomly make whatever block I've chosen), and I've just not had time yet this year! Think I'm good now, just catching up with gmail! Have a great vacation. :-)

Go you! You can tick that off your holiday prep list. They turned out well.

Speedy AQUA sewing and emergency surgery, too?! Way to go!! Lucky Gemma with her mousey all fixed up.