At last, another finish on the series of New Zealand botanical blocks I am slowly stitching.  These are a series of applique blocks designed by Jenny Hunter and printed in the New Zealand Quilter Magazine some years ago.  I decided to change the applique patterns to stitcheries – and I am treating this as my “slow stitching project ” for the year. 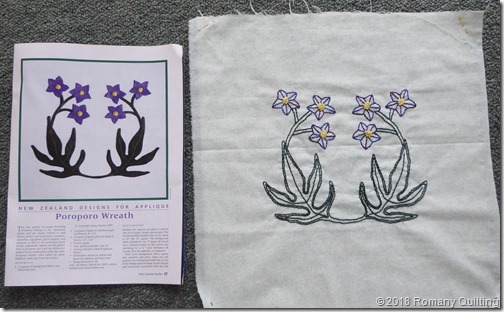 The Poroporo is a flowering bush and is closely related to potatoes, tomatoes, tamarillos and egg plants.  The Maori people ate the golden fruit and the leaves were used medicinally.  When the European settlers arrived, they named the plant bullibull, and made jam from the berries. 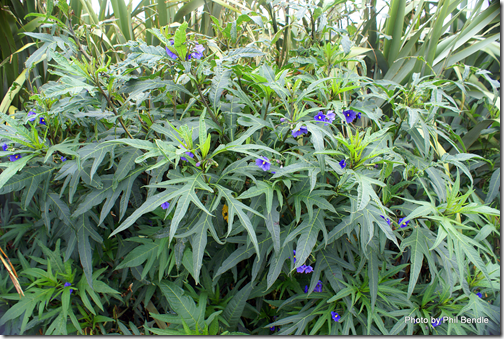 So that’s number four of the set of nine stitched – which design will I choose next, I wonder?
Posted by Jenny at 10:39 AM

A very pretty wreath. Thanks for the info on the Poroporo bush.

Another lovely block! I enjoy learning about the plants and birds on your island home.

Pretty bush. And block! It's going to be wonderful when you get it all done.....slowly. ;-)

Another great finish. That is a pretty flower.