Beautiful silk postcards were produced during WW1 for soldiers fighting overseas to send home to their wives, sweethearts, and mothers.  There is a beautiful collection of these small works of art displayed at the Omaka Aviation Centre, in Blenheim.  Produced in France and Belgium, these were particularly popular with British and Allied servicemen during the Great War, who brought them to send back home to their families. 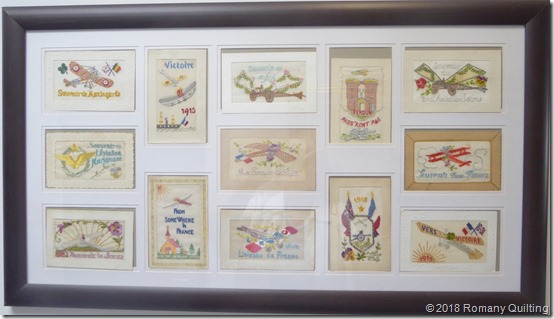 Also on display were two Hussifs created by Frances Rookes for an exhibition to commemorate the 70th Anniversary of the Battle of Cassino.  Frances created replicas of the self care kits which many soldiers took with them to war.  These were equipped with the necessary items  for a soldier to repair his uniform, along with other assorted bits and pieces deemed necessary to the soldiers. 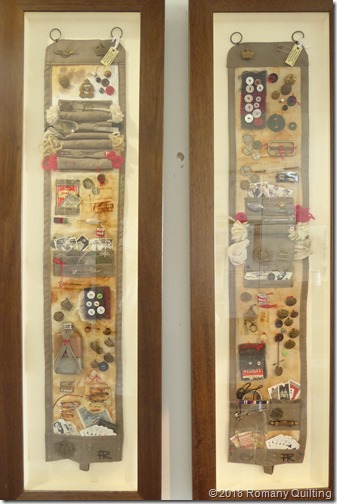 Two Hussifs, made by Frances Rookes

I was also intrigued by this poster, urging people at home to “Knit for the RAF” – patterns supplied by the Comforts Committee. 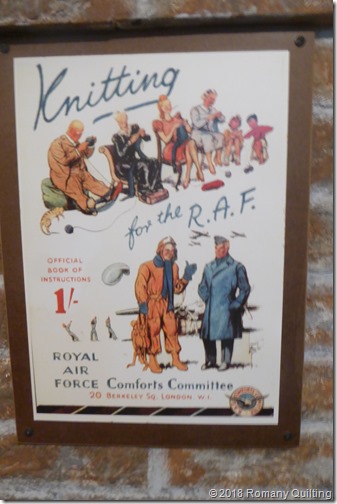 Knitting for the RAF

Then into the exhibition about WW11, Dangerous Skies.  With dim lighting and the sounds of planes flying overhead, it  was a great atmosphere.  The aircraft on display were full sized, all in working order, we were told. The exhibition told the tales of real fighting men, such as James Hayter from Timaru, known to his friends as Spud.  He escaped his burning Hurricane above Kent during the Battle of Britain, landing on the grounds of Great Swifts Estate.  On convincing the grounds man who challenged him with a hay fork that he was with the RAF and not one of the enemy, James was welcomed to the cocktail party taking place at the manor.   You can imagine what a stir the arrival of a brave pilot would have caused, and a Kiwi to boot!  His minor head wound was dressed by a lady doctor, one of the guests, but surprisingly she later sent him an account for her service.  Why, we can only imagine!  You would think she would have treated him free as her contribution to the war effort. 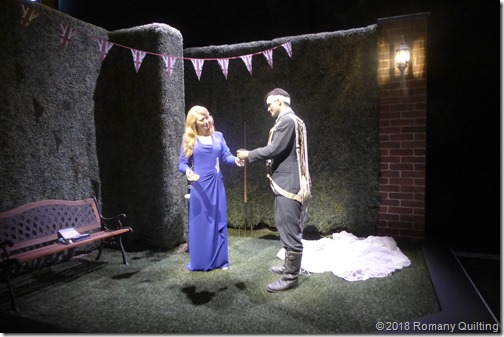 You can read more about our visit to the “Dangerous Skies WW11 Exhibition at https://romanyrambler.blogspot.co.nz/2018/02/blenheim-and-omaka.html
Posted by Jenny at 5:57 PM

The post cards are gorgeous. I have a couple of old hussifs, but they don’t have nearly as many bits and bobs inside. Mum and Grandmas were among those who knitted many pairs of socks for the troops during WWII

Intriguing exhibit: I especially like the Hussifs. So many necessary items in such a small packet.

I Love looking back at fascinating history. I think I have seen similar postcards on display in Canberra. Aren't they amazing?
Looks like a great exhibit all round.