It was another busy club night with two local businesses showing their wares.  First up was Robyn from Fox’s Cottage telling us of the exciting new classes coming, there was certainly one there which I was very interested in. Robyn also offers several weekly Stitching days which sound very interesting.  Next was club member Ute who has started up an on-line shop,The Lifestyler, and she brought along a basket of her imported fabrics to show us, including some from the Westfalenstoffe range. 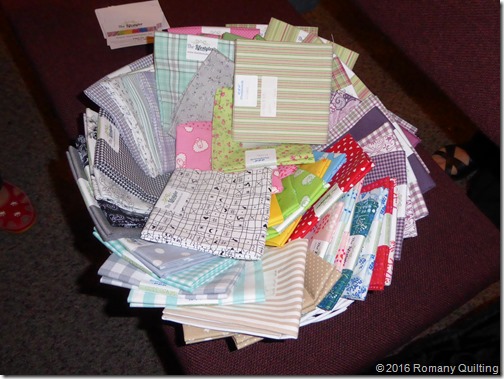 Show and Tell brought along an interesting selection, as usual, from quilts for grandchildren, table runners, and wall hangings. 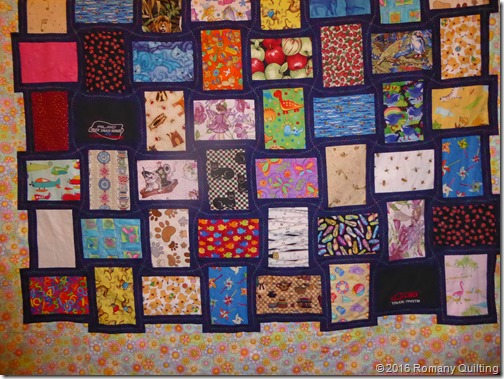 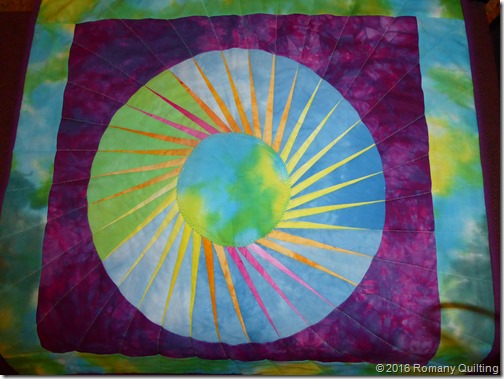 Our speaker for the evening was Chrissie Sheed, President of the Rose City Quilters.  Chrissie told us how a teacher’s unfounded criticism  put her off sewing at school, so she was a latecomer to patchwork and quilting.  Her first few quilts were traditional, and then she branched out and discovered arty quilts, embellishments, and micro stippling, all self taught.  The quilt below is not appliqued, as it appears, but started off as one piece of fabric, and the added colour is from micro stippling, added threads and beads. 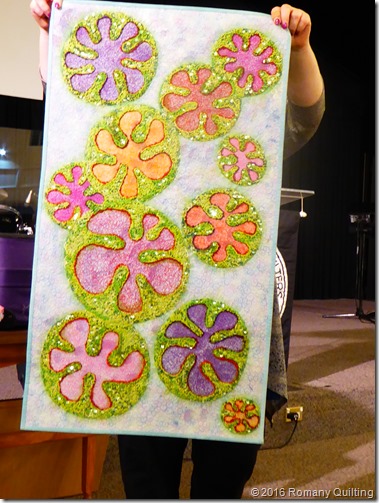 Chrissie hiding behind this masterpiece,  all colour is added with stitching and beads 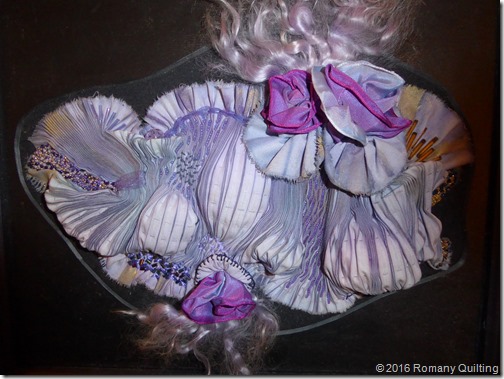 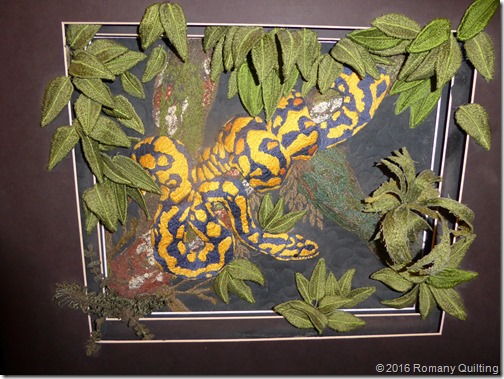 Chrissie’s realistic snake in the grass

It was very inspiring to see how her quilting had changed, and she happily passed around the smaller pieces so everyone could have a good look at her techniques.  Another inspiring club night at Town and Country Quilters.
Posted by Jenny at 10:57 AM

You have some talented quilters in your group Jenny. I love Kathryn's Eye Spy quilt, lovely and colourful for a little one. Madelyn's Spiral Rays can't have been easy, it looks paper pieced, such lovely colours. P lease pass on my compliments to the ladies.
With smiles from
Kate

Love the array of projects. I like the way your guest speaker spoke of her quilting evolved into arty quilts...the mark of a true artist.