Meeting up with the Sew Wots again

Being away on holiday for the past four weeks meant that I missed several fortnightly get-togethers with the Sew Wot ladies.  So it was great to catch up with them again.  Two of them had been busy sewing for that wonderful charity, Ronald McDonald House, and had quilts to show us before they were sent away to comfort sick children.  Mary had made a lovely kiddies quilt with teddies, trains and Donald Duck – some lucky youngster will love to receive this.  It was backed with nice colourful cosy polar fleece covered in dots.  Carol’s quilt was made with fun fabrics featuring chickens and eggs, and cute little chicken foot prints. 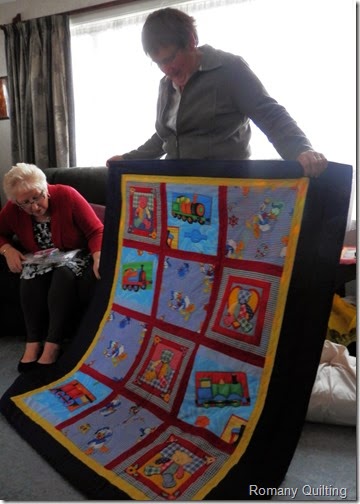 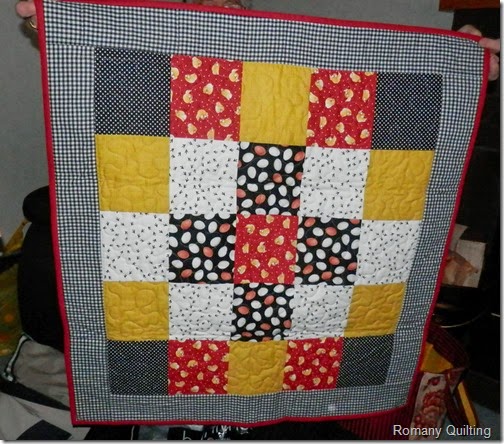 Carol had more show and tell for us, she had just completed a pretty lilac quilt as a gift for her sister.  With beautiful stitchery blocks designed by the very talented Bronwyn Hayes, and sprinkled with yo-yos, it is sure to be a treasured  gift indeed. 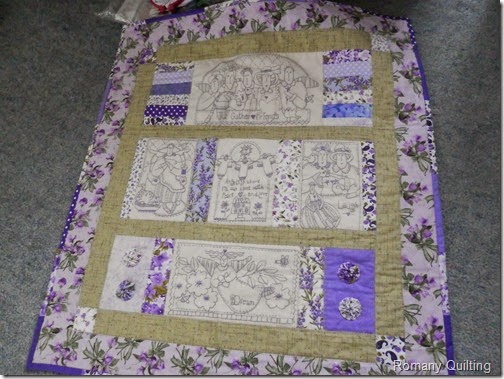 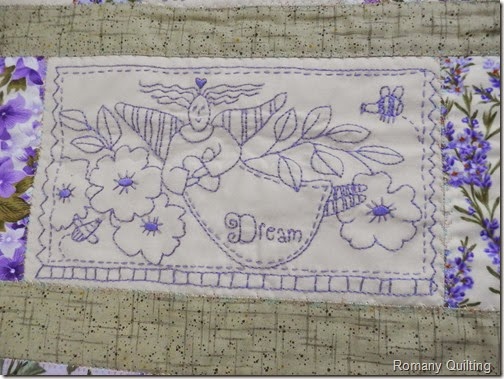 Carol’s quilt made for her sister

There was a bit of knitting going on too.  Heather B was knitting socks, I was most impressed as that is something I want to do.  (I did try a while ago but rather unsuccessfully, I should add, so I should persevere).  Helen had a request from her young grand-son.  Could she knit him another vest please?  Of course she could, and this version is in shades of blue. 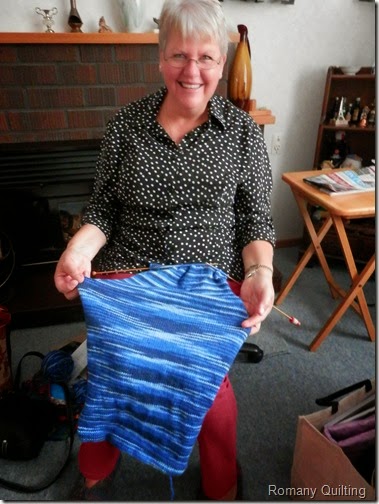 Helen is knitting a vest for her grandson

Mary finished her Block of the Month quilt some time ago, and decided it really was time to start hand quilting it.  That might seem a big job for some, but knowing Mary, she will have the quilting done sooner rather than later. 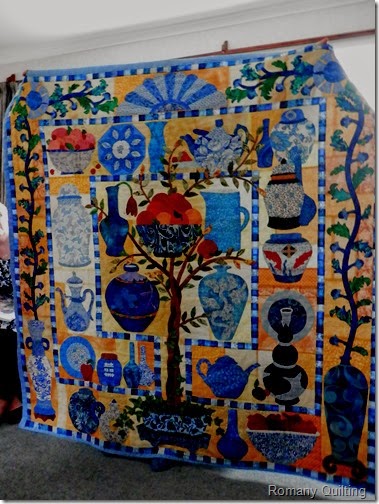 Heather E loves making bags, and this one has a holiday connection.  The elephant panel was purchased recently during a holiday to see family in Australia. 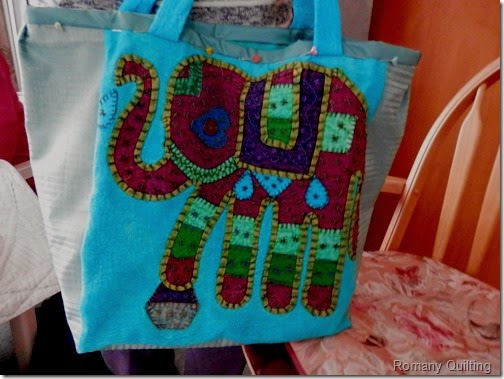 Moira was sitting quietly getting on with stitching another appliqué William Morris block, in pretty shades of cream, blue and grey.  And as for Pam, she was crocheting another row around her colourful knee rug.  She making it to take into the Rest Home, she keeps telling us.  And as we told her, she can’t go yet because she hasn’t made it big enough yet! 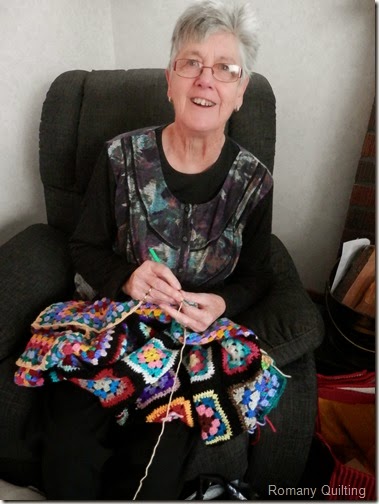 Pam is not ready for the Rest Home yet.

And as for me, I did a little unpicking, a little stitching, and quite of a bit of chat catching up with what everyone had been up to while I had been away.  Thanks to Heather E for being the hostess today.
Posted by Jenny at 9:58 PM

A lovely collection, and a bright elephant, sounds like you did enjoy the catch up, hope your holiday went well, and home before the bad weather arrived.

Love them all and especially the idea of those for the children's charity. I also loved the one with the Bronwyn Hayes stitchery.