Every Santa needs a nose

Stuffing the Santa's was last weeks job. Today I stitched their arms on and made two little noses. The noses may be little but it took me ages. Cut a circle, do a running stitch all around, add a tiny bit of stuffing, then pull it up tight. I slip stitched all around the nose on to the face, then took long threads from the middle of the nose right through the face and came out at the back of the head. Ouch….. sorry Santa, but that is what the instructions told me to do. Then I drew a couple of eyes with the black marker. That was the first one done, then I had to repeat the process for the second Santa. 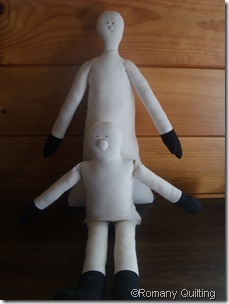 They are coming along slowly

My two Santa's are made from different patterns. The one in the front is from a kit I purchased ages ago, with everything supplied. The Santa hiding at the back is a legless, no he’s not drunk. This type is known as a pedestal toy, with pellets in the bottom to give extra stability. They will both look better when their clothes are done, won’t they? And their beards too, of course. I haven’t made many toys, so this is a learning curve for me.

The weather today started off wet and miserable, soup weather I decided. So I soon had a pot of pumpkin bubbling away to turn into soup. I like to add some bacon, onion, and a little curry powder to my pumpkin soup for some extra flavour. Served with a swirl of cream on top it is delicious. 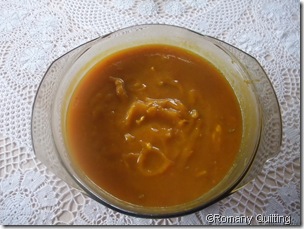 I can sympathise with the dolls...tried it once, no twice and all of the little bits which no one notices take eons to make but if you go slap dash they look terrible. Your santas should look good when clothed.