I’ve been working on UFO project number five this week, Secret Santa Sew-Along.  First I had to finish stitching up those tiny nine patch block, some were already completed and some were just pinned together.  I have to admit that I don’t really enjoy sewing such small pieces. 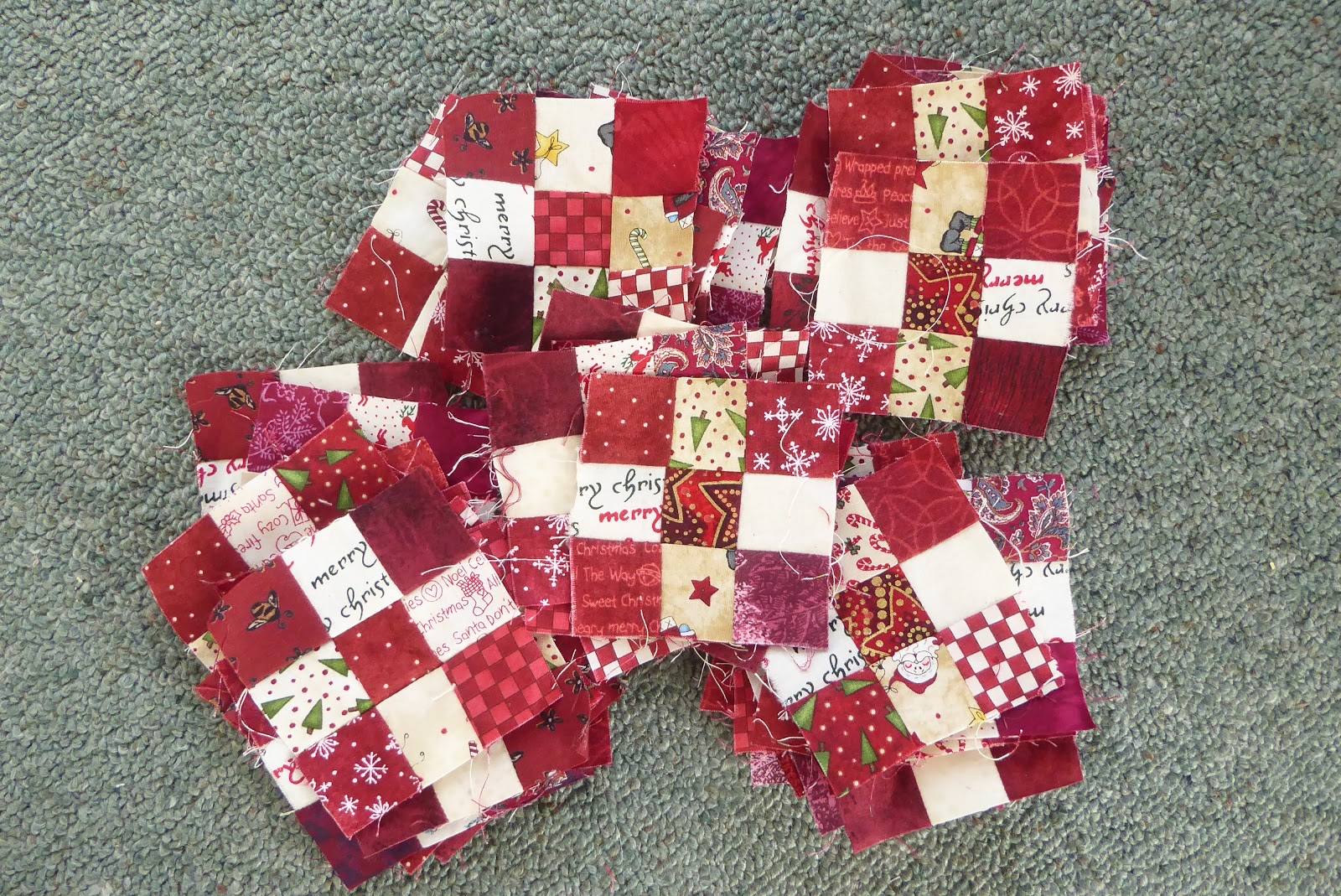 These blocks then got stitched to either end of a cream rectangle.  But…….I didn’t have enough, although I was sure I had made the correct number when I worked on this project before Christmas.  Guess I just have to get cutting and stitching a few more. 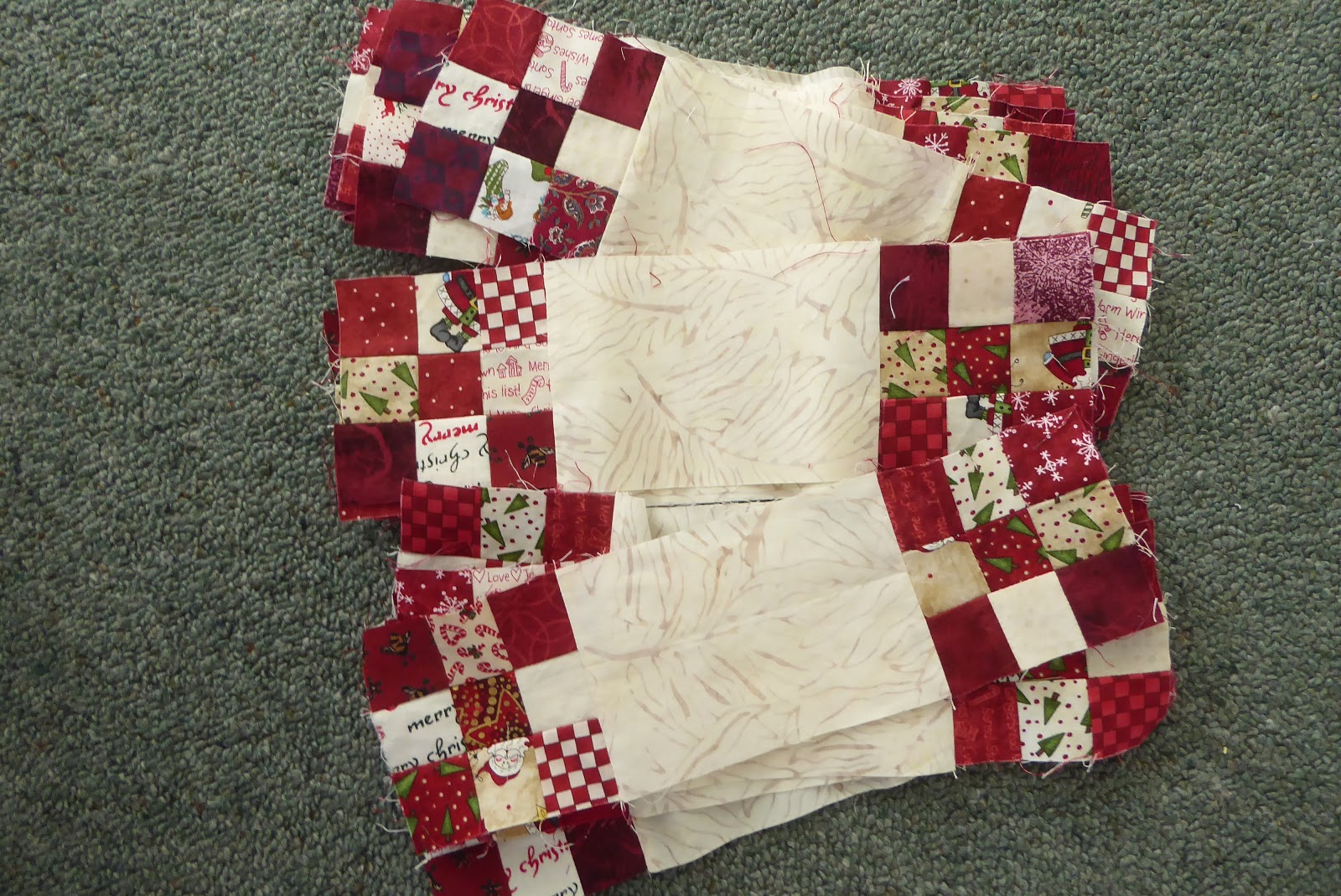 Of course, you can guess what happened when I pinned these pieces onto the green blocks – I found those missing nine patches.  Bother – but I guess I can use them later on the backing. 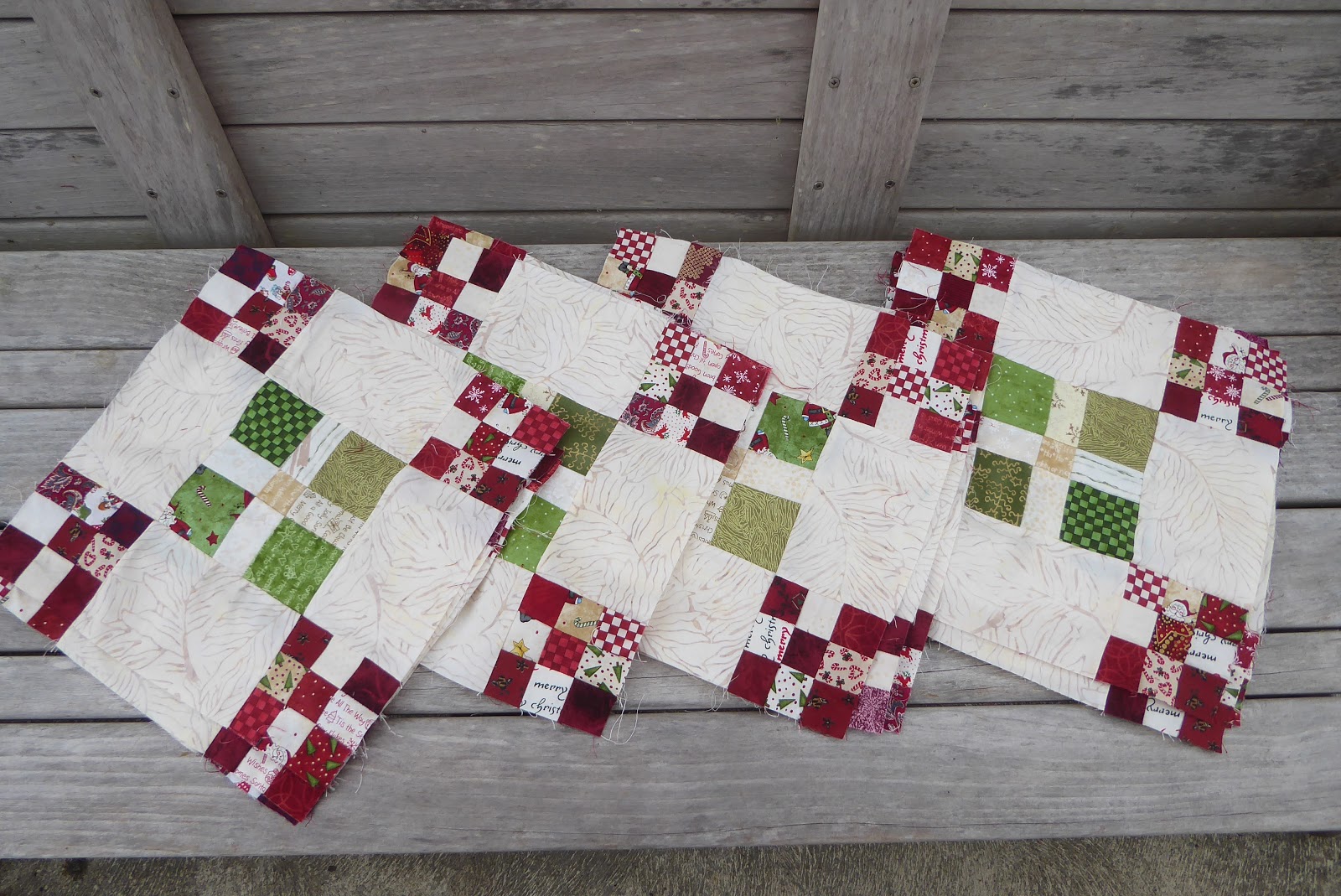 So this is where it is up to, and looking quite good, I think

I’ll leave this project here now, I've decided, and get back to it later.  Need to start on my orange RSC blocks next, and finish stitching a gift and get it in the mail.

While I was outside taking the final photo, I spotted this little plant in matching colours  bravely flowering away.  This was a gift from my daughter Nicky for Easter 2018.  After it had finished flowering last year I put it outside.  Pot plants have to be tough to live here, I don’t do pampering, and this one is doing quite well for itself.  I’m so pleased it’s still hanging on, and I didn’t kill it with neglect. 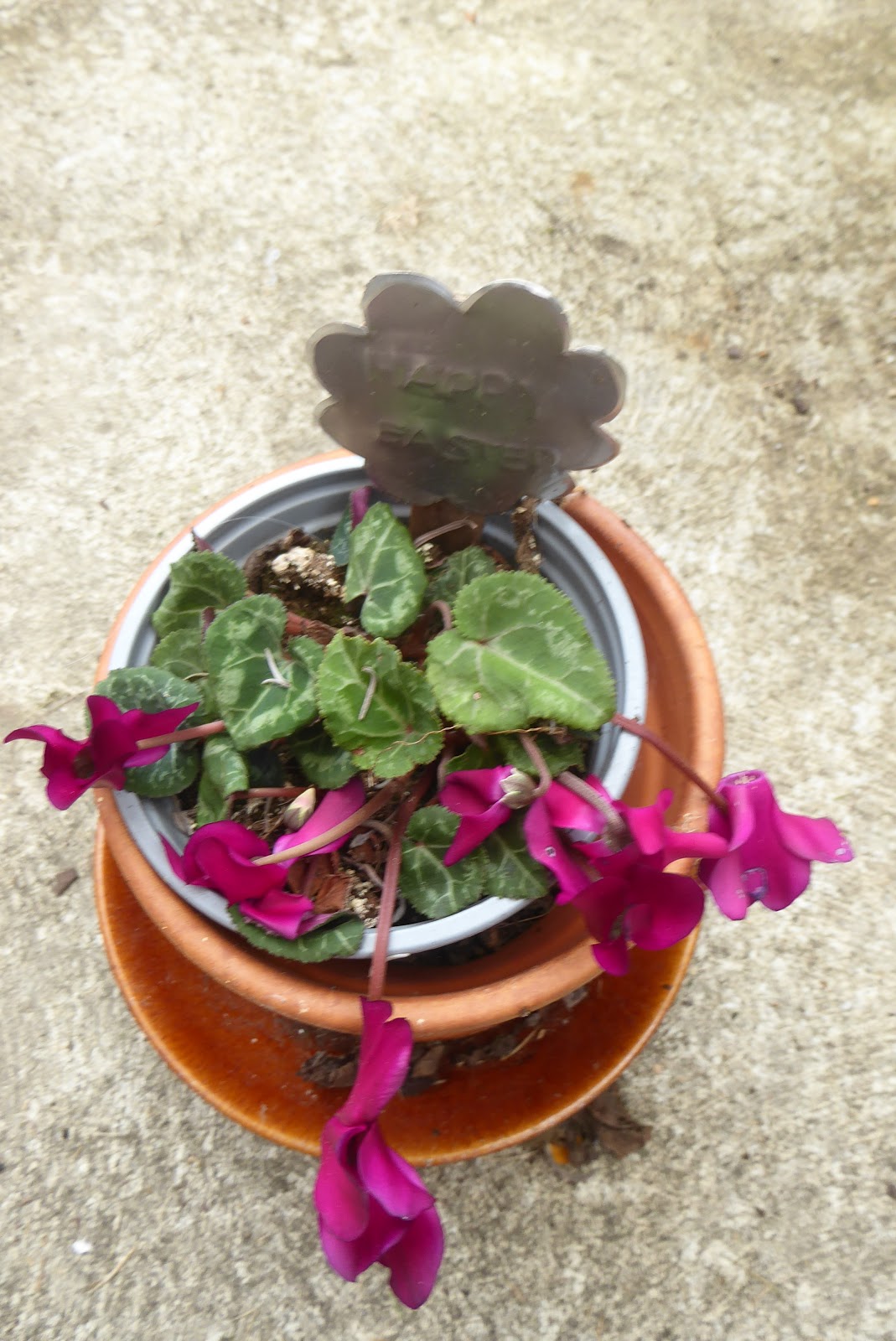 Hi Jenny your Santa blocks look fantastic I love the fabrics,great choice my friend,lol glad you haven't killed the plant,it's quite pretty xx

its a cyclamen, they like cool places and can be successfully ignored

Gosh, just love that Christmas project--how small are those 9-patches? They look tiny...;000
I think this will look so pretty all together...

I used to have a windowsill full of African Violets, but then they all just gave up the ghost on me!! I want to begin to collect them again...now that I am over the grieving LOL
hugs, Julierose

I keep telling myself if I want to do a Xmas quilt I need to do it now and do not get started - I need to find the pattern I was thinking about and put it in front of me on the table!

Lovely plant: it reminds me of an African Violet. Your Secret Santa blocks look great. Like you, I don't care to stitch tiny pieces.

The Christmas project looks lovely , look forward to seeing it all put together later.....
Oh that pretty plant reminds me of my Mum... we often bought one for Mothers Day as it was one of her favourites..

What a great way to include your green blocks, Jenny. I agree this is looking wonderful. And Christmasy too.

The blocks are looking great for your Christmas sewing. Lovely fabrics.