It was my turn to host the Sew Wot ladies this time, and lovely indeed to have them in our home.  Gemma was not the least bit shy, poking her nose into the various bags to see what was there.  And when Mary and Helen got the knitting needles came out, she was in seventh heaven.  Surely this was a game, just for her!  Helen put her knitting aside for a while, and gave Gemma a cuddle. 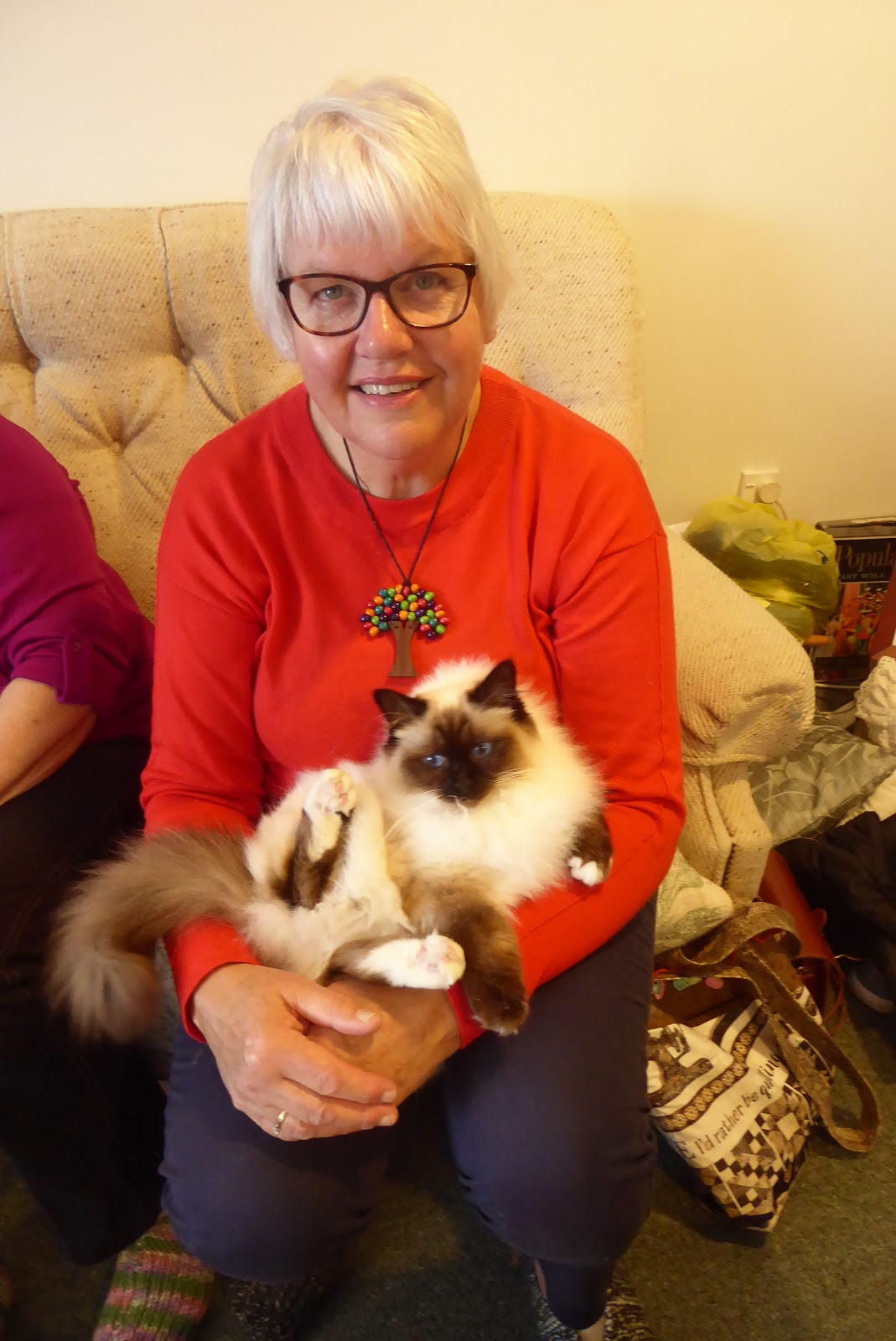 There was just a little Show and Tell this time, from Heather.  She had finished up this doll for her daughter’s birthday.  This sort of thing used to grace m’lady’s  dressing table in the old days, to hold her hat pins. 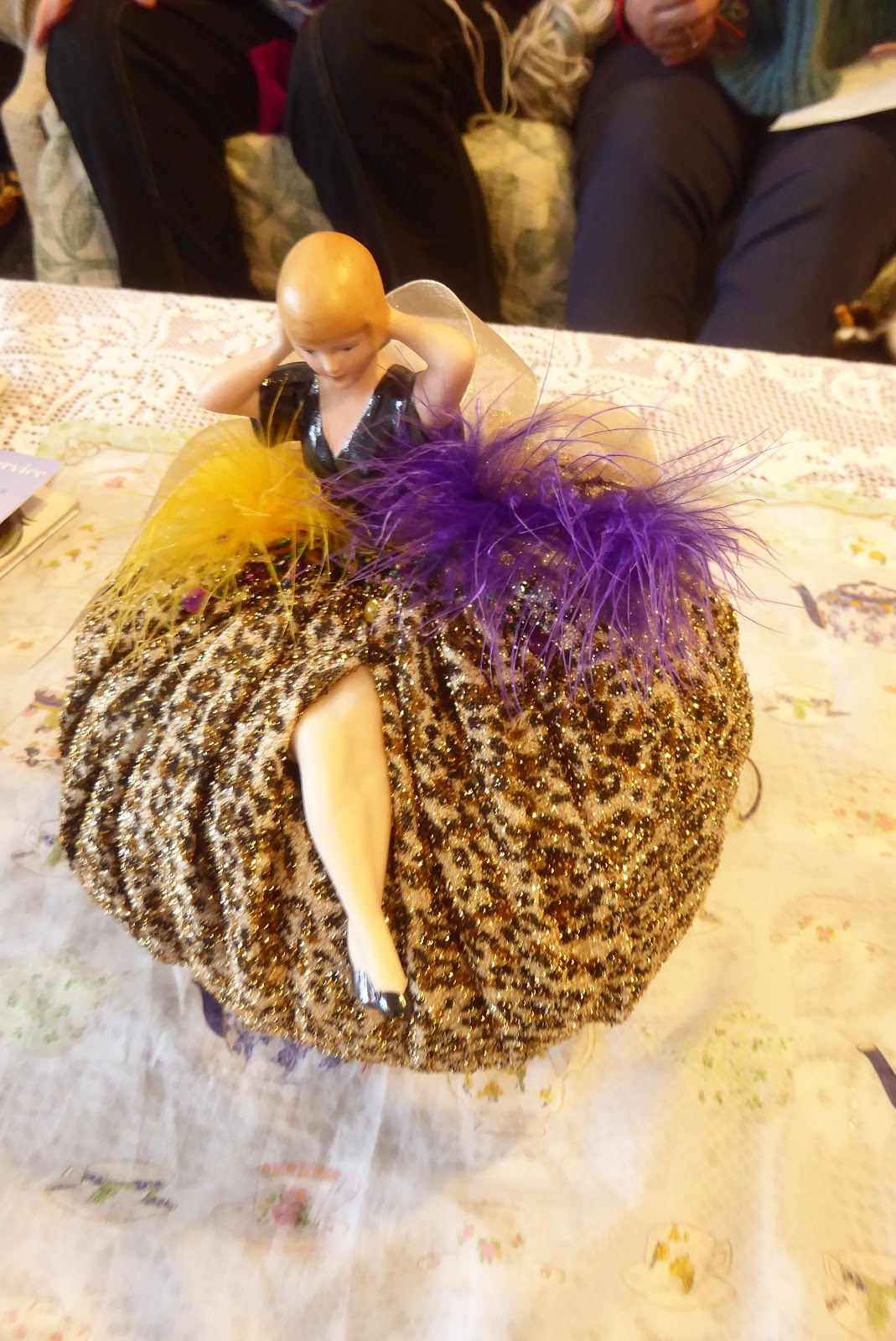 I was rather taken with Heather’s new bag, made from a panel, and just whipped up last week, she told us. 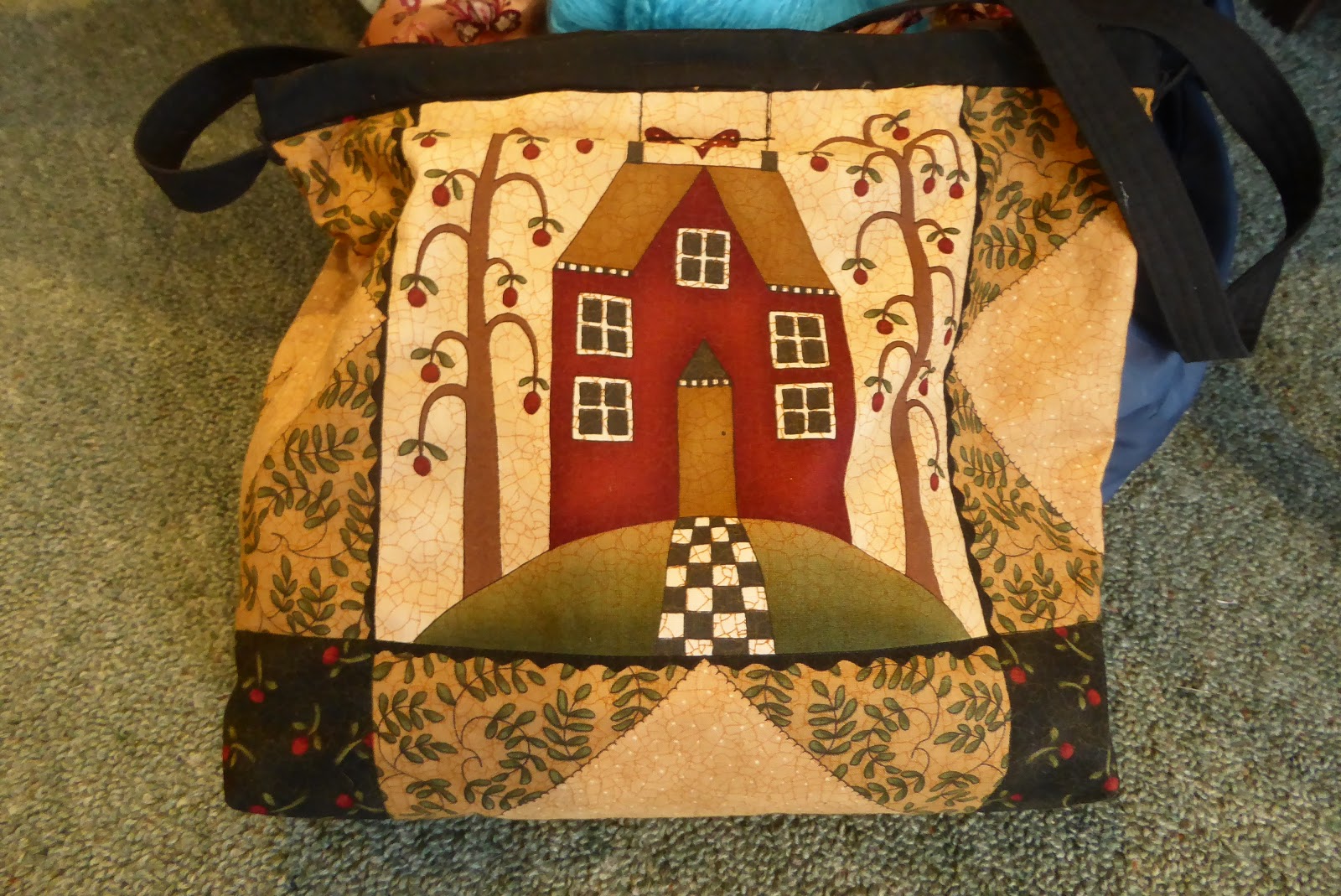 My show and tell was my pinwheel top made from signed blocks from our overseas trip in 1998.  Plus the little grippy pad to help open jars which was a recent gift from Felicity. 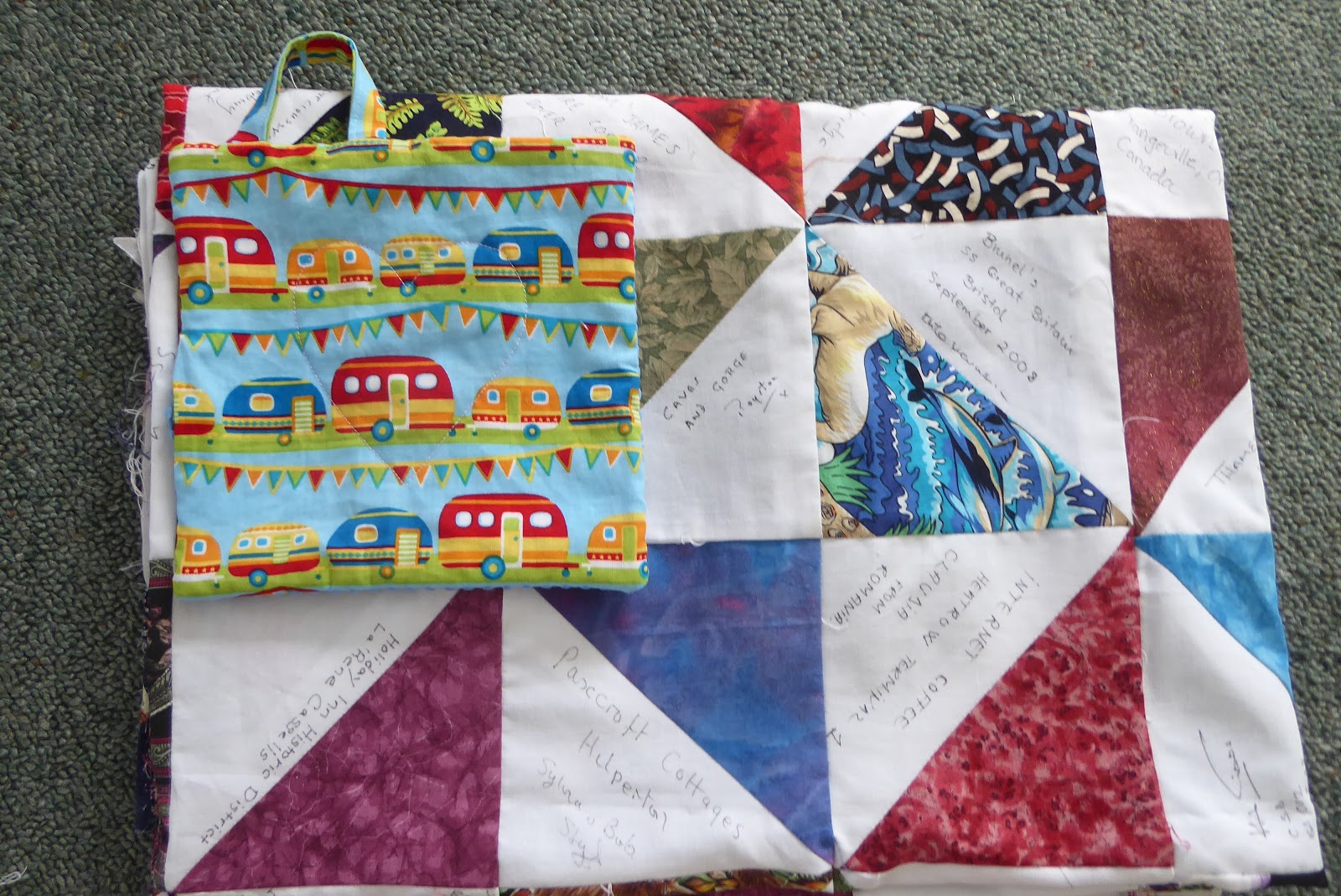 My show and tell

Gemma eventually settled down and went to have a snooze by the windows, while the knitting girls continued clacking their needles.  Mary was knitting thick woolen slippers, and Helen had finished off a beanie.  Carol was doing embroidery, and I’ve got no idea what Heather was working on!  As as for me, I didn’t even take my stitching out of the bag.  But I had tried a new recipe for morning tea, a delicious rhubarb and sour cream cake with cinnamon sugar on top – so yummy!
Posted by Jenny at 2:09 PM

Hi Jenny,lol Gemma made me laugh ,i bet the ladies enjoyed their cuddles with Gemma.
Oh i love the show and tell such beautiful items,hope you are having a lovely day Jenny xx

sounds like fun having the ladies over and getting in a good visit, that cake sounds good too!

what lovely projects you and the gals are making! that cake sounds so yummy...hugs, Julierose

Gemma looks quite content: I'm sure she enjoyed the cuddles. I have a similar recipe for a rhubarb cake. It's rhubarb season, so I need to find someone who will share a few stalks.

Sounds like the perfect morning with the ladies and Gemma enjoyed it too.

The jar opener would be very easy to make. Just a square of top fabric and one of the grippy fabric. This is the sort of non slip rubber lining you use in caravans abd boats to stop your plates sliding around in the cupboard. Stitch right sides together, turn through and add a hanging loop. Easy peasy!

It's always fun getting together with friends. Thanks for sharing the good times with us. Everyone, it seems, is quite talented.