Another Week, another UFO

It’s been “roll the dice” again on Monday, which brought up number 5.  Which is the Secret Santa Sew Along from Temecula Quilt Company which started last November.  I should have realized that I probably wouldn’t manage to get it completed in time for Christmas.

This project started as a “Quilt in a Jar”, from Sew Wot friend Helen.  One Christmas it was decided that we would each pack a jam jar full of quilting goodies, wrap it up, and these were distributed at our Christmas Lunch in December.  My jar came from Helen and she had packed it full of 5 inch squares of Christmas fabric.  Just right to make a start on the Secret Santa Sew Along, I decided. 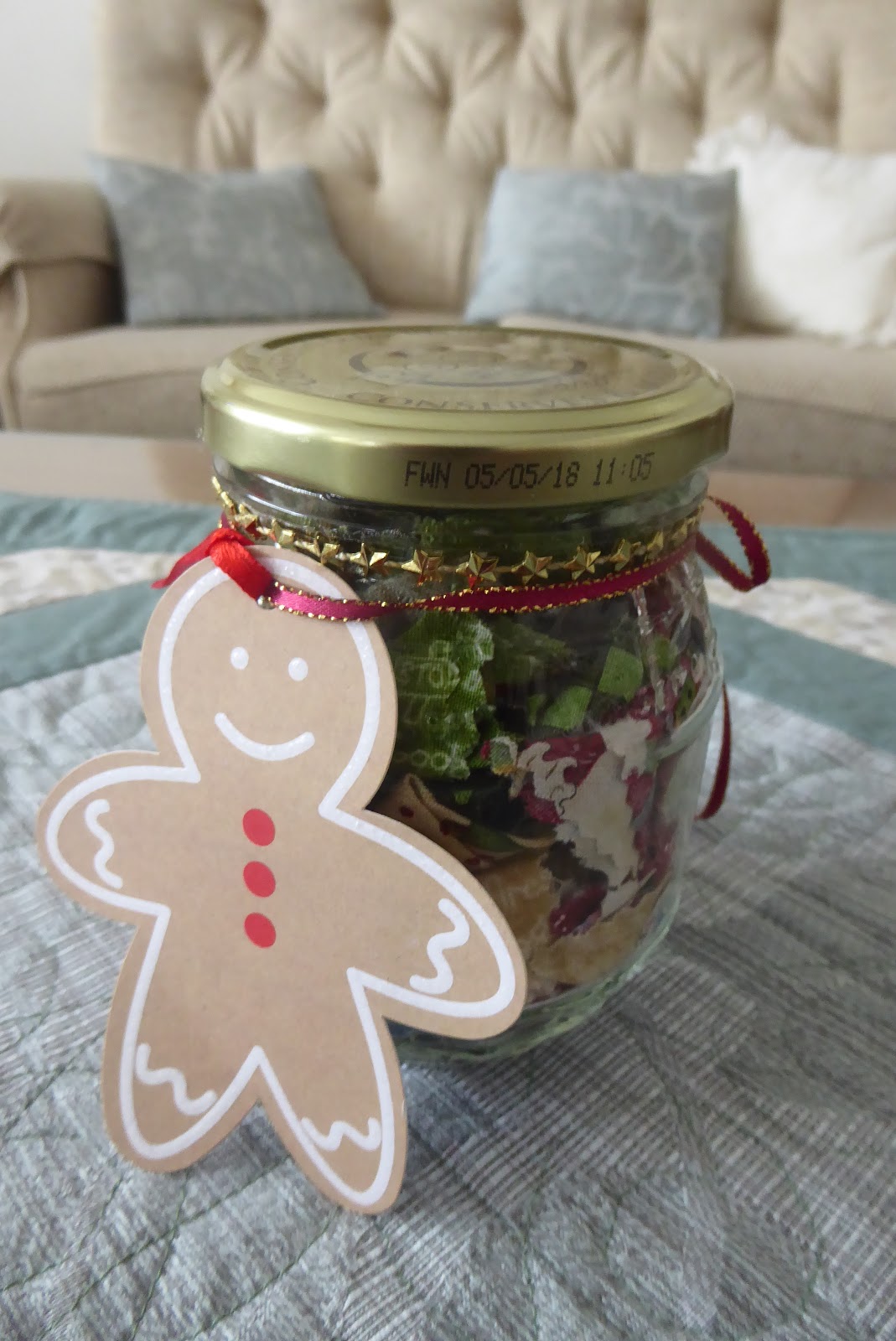 I did manage to make a reasonable start late last year, and stitched up the first couple of clues to make twelve green blocks. 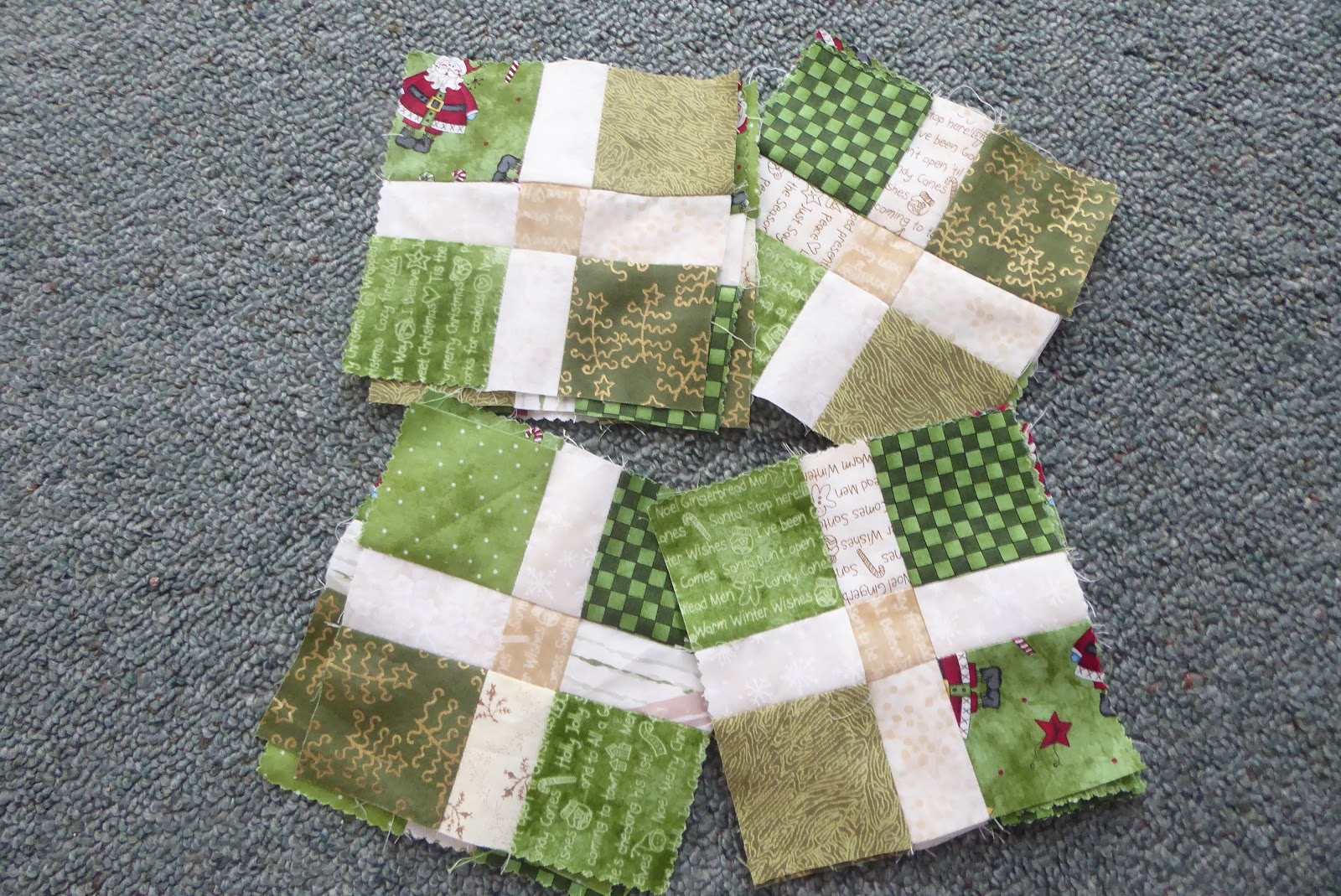 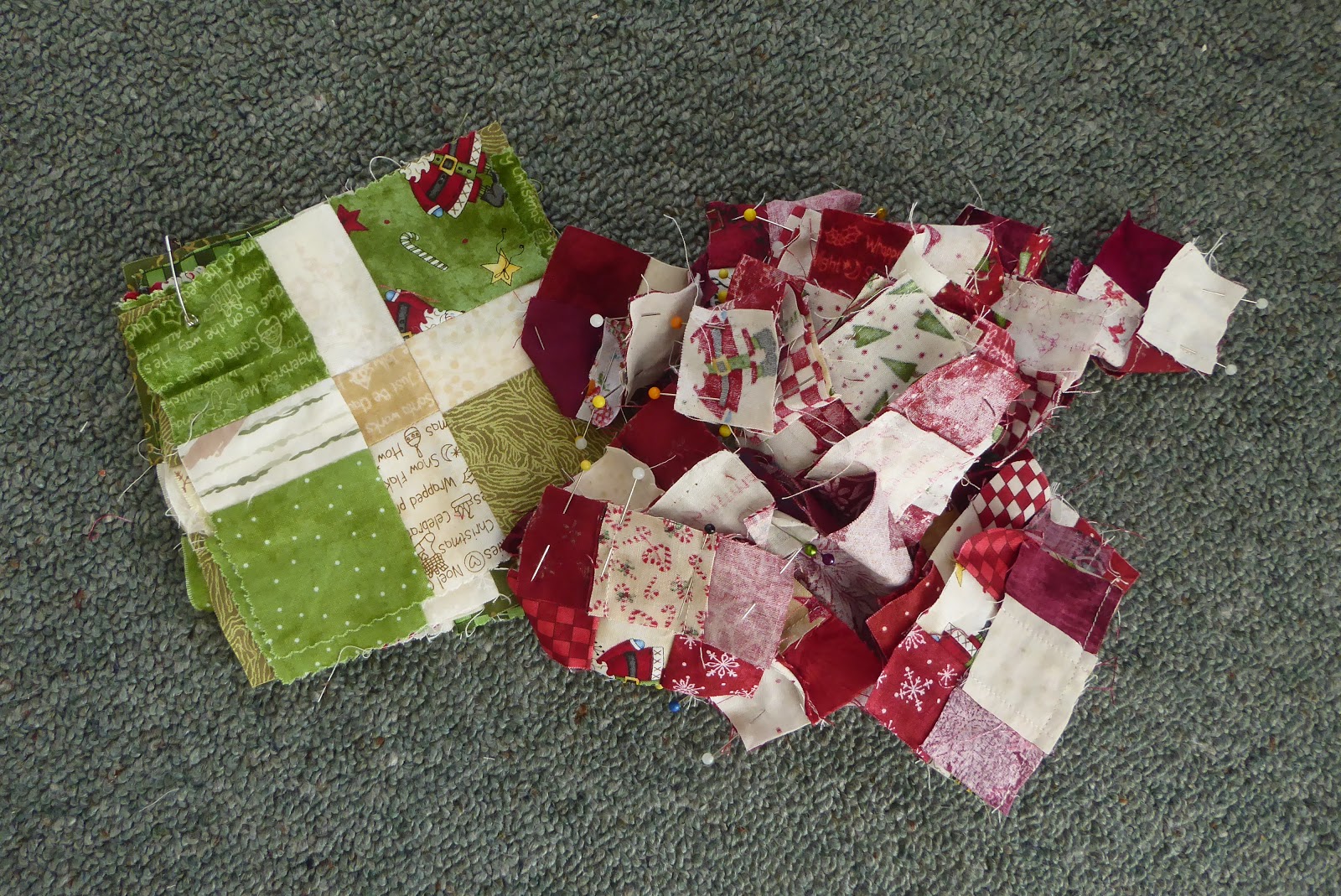 This is where Secret Santa got packed away.  Christmas was coming fast, we were going off in the caravan, no time to finish this project – excuses, excuses I know.  Until I placed it on my List of Six UFOs recently and it is finally seeing the light of day this week.

So that’s my challenge – to get as much of Secret Santa assembled by the end of the week.  It doesn’t have to be finished, after all, how much can I do over a few afternoons at the sewing machine.  Every bit helps, and it will be good to be moved on to a different stage.
Posted by Jenny at 5:13 PM

What great idea....love it! Your blocks look great x

Hi Jenny what a lovely challenge hope you get a fair bit done this week as it looks like a lovely project,well done my friend xx

Will be great to see how far you can get with your challenge.. good luck.

I think I have saved the instructions for that quilt someplace! I like your roll of the dice approach!

What a fun idea - I might have to "borrow" it. Your jam jar was certainly jammed with fabric.

This will be good to get into. Good luck.

Hi Jenny! Good for you for working on that UFO. It sure looks like you have a good start on it. As far as you get this week will be further than you were last week. Before you know it you'll have it complete. ~smile~ Roseanne

You have the right idea: a little progress every day will make a difference. Even when I'm too tired to sew, I try to do something small everyday for 15 minutes. Fill a couple of bobbins, organize some scraps, clean off my ironing board. Every little bit helps!

Thank you all for your encouraging comments. Like Laura, I'm also a fan of the 15 minutes a day when I can't spend time at the sewing machine. Planning, sorting fabric, cutting out, it all helps with those proje t's which are waiting in the wings.