On the Go in Sunny Cairns

It seems to be all go when you are on holiday, and we enjoyed a full day’s tour through the wonderful Daintree Rainforest.  One of the highlights was the Daintree River Cruise Centre for a cruise.  Our informative guide promised that we would see all sorts of creatures, including crocodiles, and warned us all to keep our hands well inside the boat. 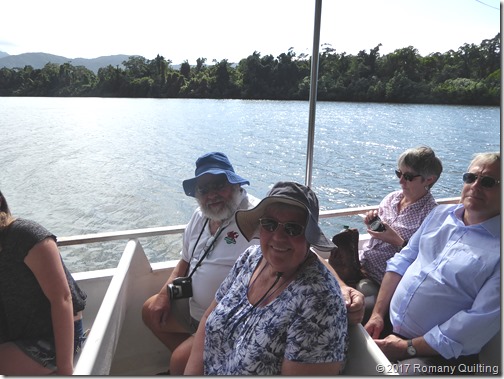 We saw birds, fish jumping in the water, mangroves lining the river bank, a tiny lime green tree frog, even a snake curled up high on a tree. And crocodiles of course, most were happily basking on the bank in the warmth of the sun, but another sneaky one was watching our boat glide by, with just the top of his head showing in the water. 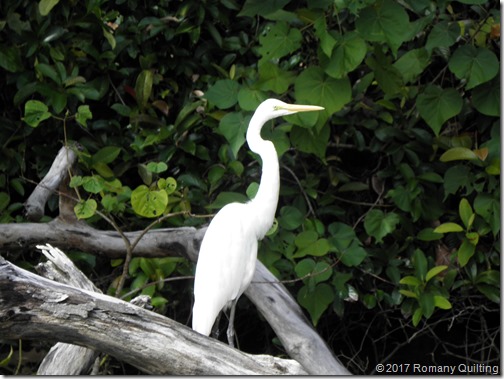 White heron at the river side

The crocodiles were so well camouflaged on the muddy river banks that they were quite hard to spot at first. 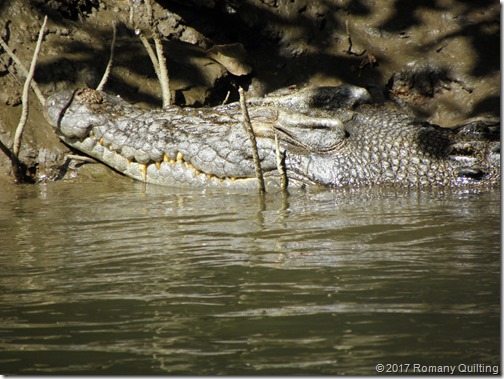 Crocodile snoozing in the river

The Daintree Rainforest is incredibly ancient at over 130 million years old and teems with life, reptiles, frogs and marsupials, bats, butterflies, birds and mammals.  Not to mention all the various species of trees, vines, ferns and mosses.  An amazing place indeed.  The road through the rain forest ended at a beach, we had arrived at Cape Tribulation.  So named by Captain James Cook Cape  after his ship scraped a reef north east of the cape, then later ran aground. The ship stuck fast and was badly damaged, desperate measures being needed to prevent it foundering until it was refloated the next day. Cook recorded "...the north point was named Cape Tribulation because "here begun all our troubles".  Obviously not the only danger around, as this sign at the beach warned all and sundry.  We were amazed to see a group of people in the water, especially as one was an expectant young woman, and we were told that there could possibly be crocodiles in the area too. 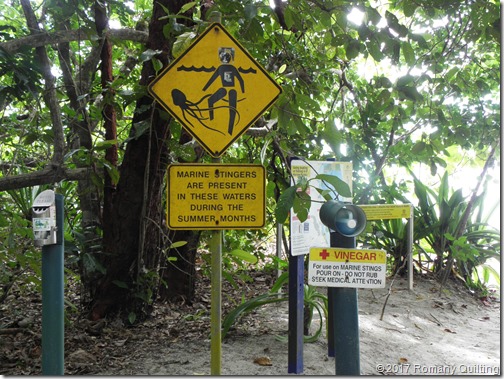 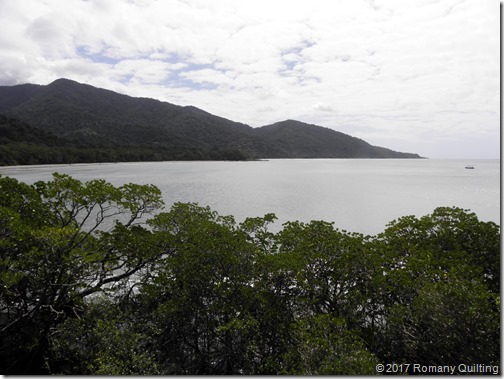 Our trip took us past fields of sugar cane, it was harvest time and some was stacked onto rail carriages waiting to be taken to the processing factory.    And our driver stopped so that we could get a photo of a whole lot of wallabies who have made a home on a property and now live with a bunch of polo ponies.  The ponies don’t seem to mind their new flat mates, but I wonder what the owners think of these free loaders chomping away on their pasture? 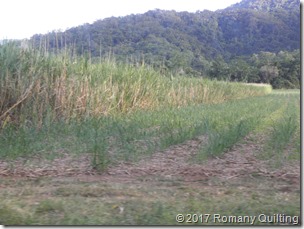 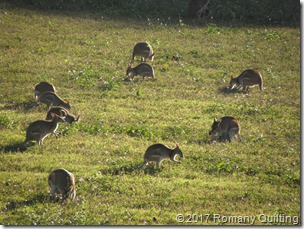 We have also done a half day Cairns City Sights Tour, which gave us a whistle stop visit to the Cairns Museum and Botanic Gardens where we enjoyed a Devonshire Tea.  Also to see some glorious stained glass windows in St Monica’s Cathedral – amazing indeed.  These tell the story of creation and the photo doesn’t really do them justice. 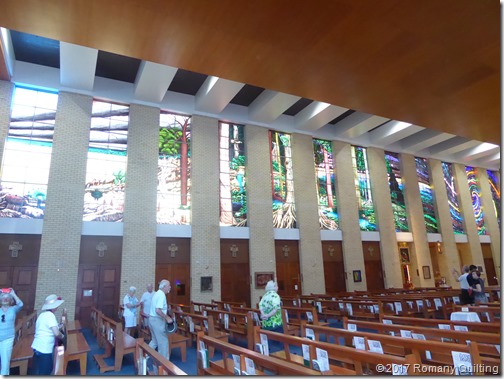 The story of Creation

Then on to a scenic lookout with great views over the city, and finishing the tour at trendy Palm Cove.  It was a great afternoon, and what we really enjoy about these city tours, is that they take you to places you would otherwise not get to. 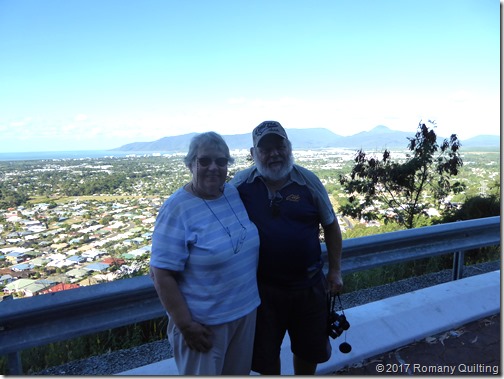 Overlooking the city of Cairns

Of course, being on holiday, we have enjoyed some great meals out.  One of the places I was very keen to try was Barnacle Bills Seafood Inn.  It was always going to be fish for me, and Robin toyed with the idea of pork belly.  But then we both ordered the same, Karumba, which was “Bill's famous combination of baked fillet of barramundi, topped with prawns, avocado puree and Hollandaise sauce, served with vegetables and potatoes.”  Doesn’t that sound nice, and it tasted great too. 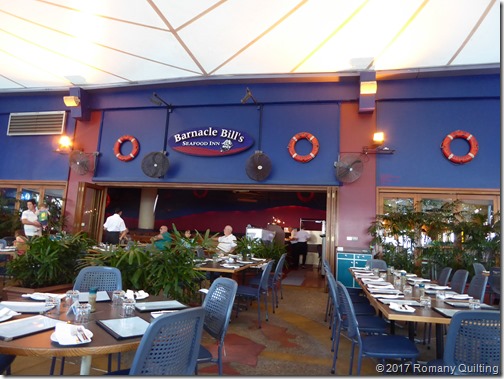 So we’ve certainly been keeping busy – but not too busy to do the laundry though.  The laundry room is just down the stairs and and although driers were also available, what was the point, staying here in the tropics?  Although I have noticed the drier going, seems strange to me.  Each unit is provided with a small clothes airer, and our handy little balcony is just the place to get the washing dry – takes no time at all in these hot temperatures.  That’s our hotel room, up on the third floor, with the laundry drying in the sunshine. 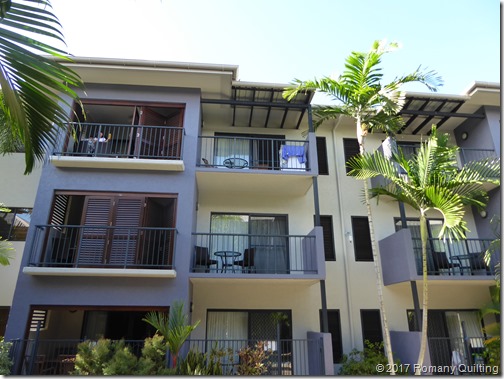 There’s our hotel room, the one with the washing on the balcony

I haven’t managed to find a quilt shop yet.  Seems there was one fairly close to where we are staying but it is no longer there.  As we have no transport it is difficult to travel further afield.
Posted by Jenny at 11:17 PM

Loved your post Jenny - learned lots and enjoyed the photos. I must say your 'Karumba' sounds delicious ... lucky you. :)

A day full of adventures. Thanks for sharing the photos of the interesting areas and attractions.

Love your post. You are seeing more of Australia than I have LOL But we hope to travel to Darwin and Kakadu National Park next year.